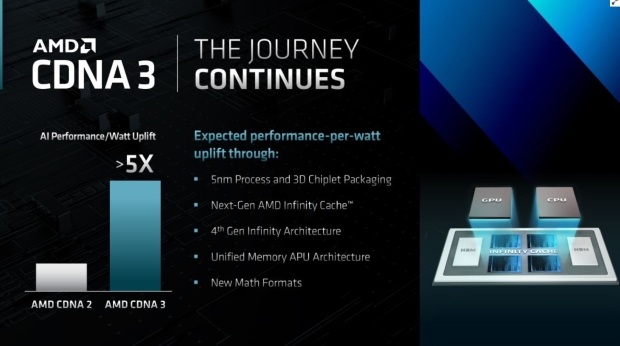 This confirmation from AMD further cements rumors from just a month ago now, when we heard the next-gen AMD Instinct MI300 accelerator would be the first CDNA 3-based GPU that would tap 3D stacking technology. We should see Zen 4 CPU cores, CDNA 3 GPU cores, and shared HBM memory on the same APU. 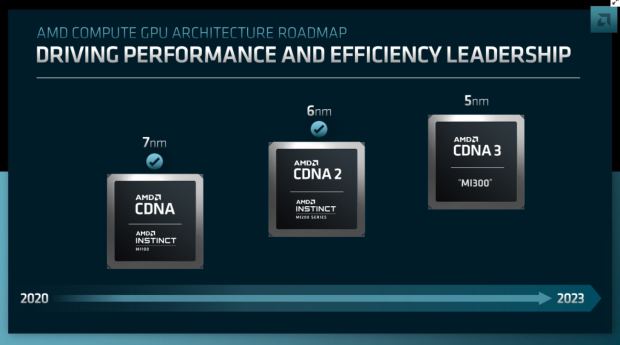 It'll be an impressive technological feat, which we should see unravel over the coming months as rumors said that the "first silicon hits the lab" in Q3 2022 and we're now sliding into Q3.