Tesla had a huge AI Day last year, unveiling a human being dressed in a robot costume -- but then said the company is working on a prototype Tesla Bot -- a humanoid robot for the future.

The last Tesla AI Day was on August 19, 2021 but now SpaceX and Tesla CEO Elon Musk has tweeted that the upcoming AI Day has been delayed, and will take place on September 30 instead. But in bigger news, Musk continue the tweet teasing that "we may have an Optimus prototype working by then". He replied to another tweet, saying that Tesla AI Day #2 will be "epic".

Elon has been hyping up the Optimus humanoid robot, saying that the Tesla Bot would debut in 2023 and would eventually be "worth more than the car business"... you know, that little car company Elon runs on the side: Tesla Motors.

During Tesla's recent Q1 2022 earnings call, Musk said: "I was surprised that people did not realize the magnitude of the Optimus robot program. The importance of Optimus will become apparent in the coming years. Those who are insightful or looking, listening carefully, will understand that Optimus will ultimately be worth more than the car business, worth more than FSD". 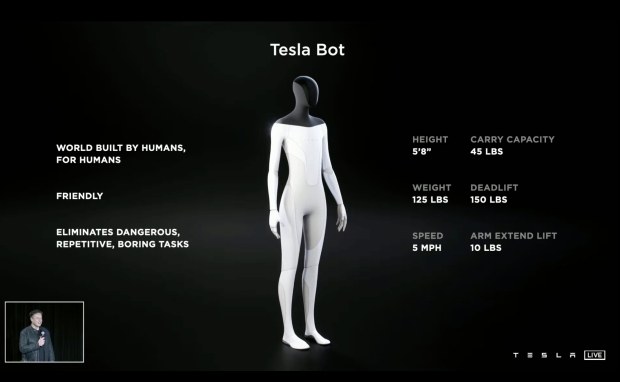