An algorithm designed to detect asteroids is spotting many space rocks that have gone unnoticed by astronomers. 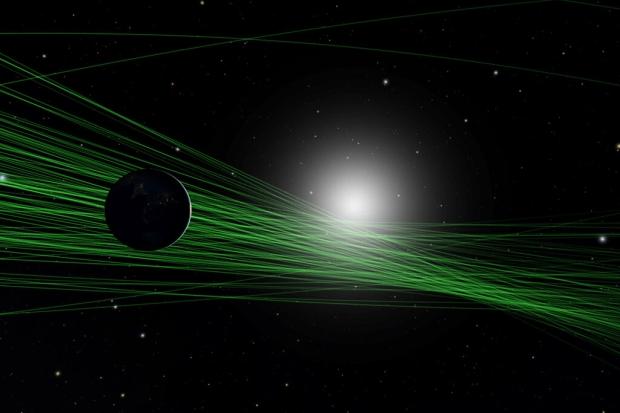 NASA has previously stated that there are no Earth-destroying asteroids on track to collide with our planet for at least the next 100 years, and with that being said, the agency is still putting exponential amounts of effort into scanning for any potentially dangerous objects while also developing planetary defense capabilities such as the DART mission. Former NASA astronaut Dr. Lu is aiding the agency's efforts and has developed an algorithm that can identify asteroids in large swaths of data accumulated by astronomers.

The algorithm is named Tracklet-less Heliocentric Orbit Recovery, or THOR. The algorithm is designed to take a large dataset that contains many points of light, and with that dataset, THOR will identify, track, a predict orbits of the objects.

THOR is designed to predict the orbit of an object and will create a "test orbit" with assumptions made on the velocity and direction of the object. The algorithm will then use its test orbit and attempt to spot the asteroid again in other images. If THOR finds the object in several images that are only separated by a few weeks, it then flags it as an asteroid.

Essentially, THOR is designed to filter through the large piles of images of the sky and find any objects that are moving, predict their orbits, and identify if they are an asteroid or not. Notably, THOR has only analyzed one-eighth of the astronomical data archived from September 2013 and so far has found 1,300 potential asteroids. Furthermore, the 1,300 potential asteroids were then compared to the asteroid catalog kept by the International Astronomical Union's Minor Planet Center, which confirmed the discovery of 104 new objects. 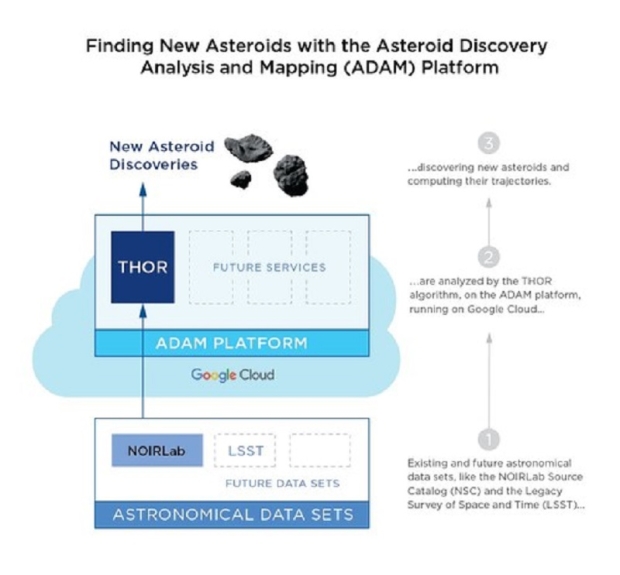 "Discovering and tracking asteroids is crucial to understanding our solar system, enabling development of space, and protecting our planet from asteroid impacts. With THOR running on ADAM, any telescope with an archive can now become an asteroid search telescope. We are using the power of massive computation to enable not only more discoveries from existing telescopes, but also to find and track asteroids in historical images of the sky that had gone previously unnoticed because they were never intended for asteroid searches," said Lu.

"I think it's awesome. I think it's hugely interesting and it also allows us to make good use of the archival data that already exists," said Matthew Payne, director of the Minor Planet Center.

"We always dreamed of cloud computing becoming a true tool of science and the announcement of today's and future asteroid discoveries show that this dream is becoming a reality. Scalable cloud-computing as a service is enabling true breakthroughs in astronomy, just as it has for other scientific areas including biology and physics. I couldn't be more proud of our partnership with B612 and what we've been able to accomplish together," said Scott Penberthy, Director of Applied AI at Google.

If you are interested in learning more on asteroids, or NASA news in general, check out the recent claims coming out of China's space agency, which states it will return Mars samples back to Earth two years before NASA.