An asteroid that is estimated to be around four times the size of the Empire State Building in diameter is approaching Earth. 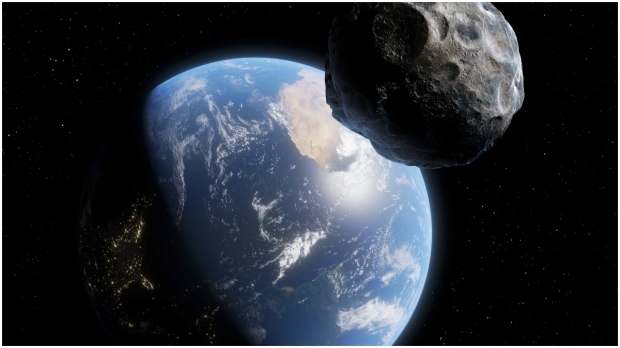 According to NASA's Center for Near Earth Object Studies (CNEOS), the asteroid named 7335 (1989 JA) is scheduled to make its closest approach to Earth on May 27, which means the giant space rock is currently hurtling toward Earth right now. The CNEOS database indicates that the asteroid will safely pass by Earth at a distance of about 2.5 million miles, or about 10 times the distance between Earth and the Moon, which is approximately 250,000 miles.

Furthermore, estimates put the diameter of the asteroid at an extremely large 1.1 miles, and due to its proximity to Earth and its enormous size NASA has classified 7335 as "potentially hazardous (PH)". The PH classification means that if the orbit of the asteroid were changed and put on track to hit Earth, it would cause severe impact damage.

Notably, the asteroid's next close approach to Earth won't happen until June 23, 2055, and when it passes by, it will be at a far greater distance than its May 27 approach, where it will fly past Earth at a distance of 70 times the distance between the Earth and the Moon. 7335 will zoom past Earth on May 27 at around 47,200 mph, and is just one of the nearly 29,000 near-Earth objects that NASA researchers are tracking around the clock.

It has been previously stated by NASA that the agency isn't aware of any asteroids 500+ feet in diameter that have a chance of impacting Earth within the next 100 years. Despite the lack of "dangerous" asteroids, NASA is still beefing up its planetary defense in case a new asteroid is discovered that may impact Earth in 200 years, hence the agencies push into its Double Asteroid Redirection Test (DART).