Dubbed "G-Guardian", this feature is aimed to be a protective system used to stop unwanted intruders at a LAN or other publicly accessible location from stealing your expensive memory modules or keyboard/mouse. 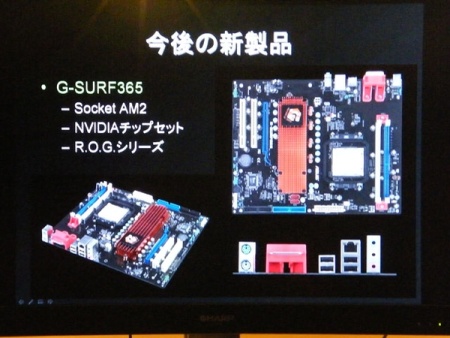 It's quite odd seeing ASUS go to these lengths on a board of this calibre; it's quite an underwhelming board when you look at the low-end chipset its based on (nForce 630a); and with only one PCIe slot, two PCI slots and two DDR2 slots. Given they're adding the G-SURF365 to their reputable high-end Republic of Gamers series lineup, you have to wonder what drove ASUS to make such a decision.

Getting back to G-Guardian though, this is the only thing going for it in terms of standing out from the crowd; but with that said, the saddest thing is that it appears to be quite gimmicky and as they've constructed it out of plastic it would take very little to no effort for a determined jealous mongrel to 'override' it and make way with your loot; as Expreview describe here.
Newsletter Subscription