Sony made over $2 billion in PlayStation Store revenues from five of gaming's most popular free-to-play games. 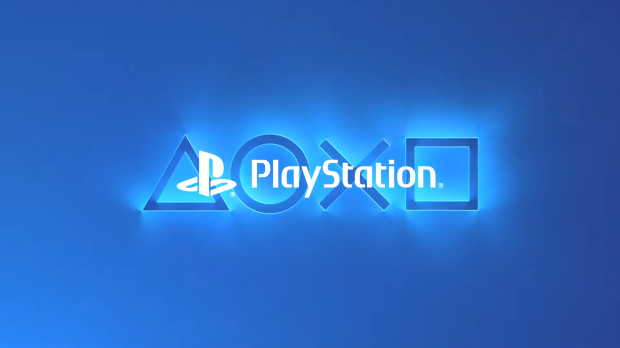 Sony's latest business presentation shows significant growth in live service earnings. As gaming's largest platform holder, Sony generates billions every year from add-on content/microtransactions (over $7 billion in FY21, to be more exact). Third-party companies like Epic, Activision, and EA are making billions of dollars every year from F2P live games--now Sony wants in on the action, and is developing a fleet of live games to hit the market.

The presentation also shows how much some of these F2P games make on PS4. According to the slides, five major free-to-play games made up 25% of total PS Store spending on the PS4: Fortnite, Genshin Impact, Warzone, Apex Legends, and Rocket League. We know that the PS4 made up 65% of total PS Store revenues, and that add-on + digital software earnings for FY21 total about $8 billion. So a quick bit of match shows that these five live games made $2.058 billion in PS Store spending. 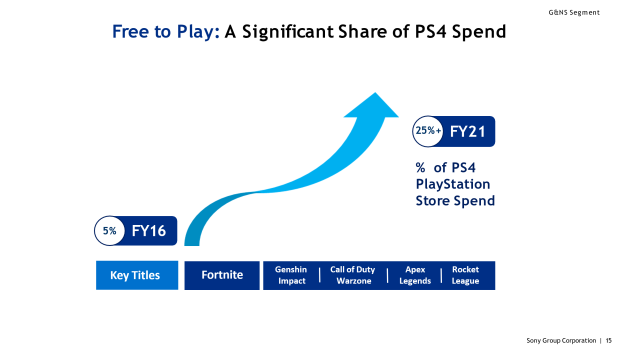 Sony plans to release three live service games during the fiscal year ending March 2023 in hopes of penetrating this market. Sony's Bungie acquisition is also expected to be finalized in during Q3, which is the most profitable timeframe of the year for Sony.