My problem here is that the gaming monitor world moved away from TN a while ago, where VA, IPS, Mini-LED, and especially OLED display technology are vastly superior. Still, 480FPS would be an incredible thing to see, with the company showing off CS:GO which is a game people running a 480Hz monitor would play. Mostly esports-funded and sponsored gigs where they don't get an option of what display they're using.

AUO also showed off an Adaptive mini LED (AmLED) display that has beautiful colors, fast refresh rates, and is being made for content and graphical creation, as well as gaming of course. The company also teased a 16-inch QHD AMOLED panel, which would be for next-gen gaming laptops of the future. 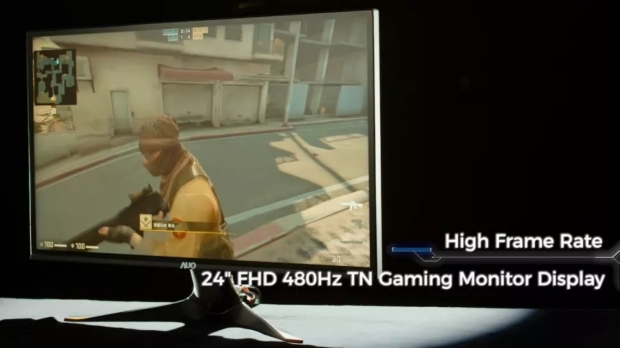