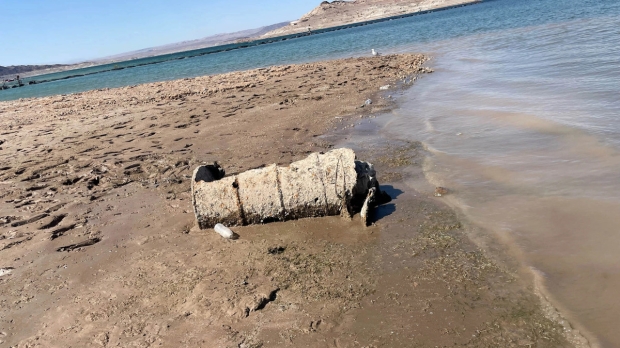 An ongoing drought has resulted in all-time low water levels, resulting in human remains turning up on two separate occasions in the last two weeks. On May 1st, a body was found inside a barrel that appeared as the lake dried up. On May 7th, around 2 p.m. EST, a second body was found, potentially the victim of a Las Vegas mob murder.

Lake Mead is located in Nevada, which is experiencing the current driest year to date in the past 128 years. The entire state is experiencing at least a D2 - Severe Drought designation according to the U.S. Drought Monitor (USDM), with 51.7% of the state classified as at least D3 - Extreme Drought, and 8.3% classified the highest level of drought at D4 - Exceptional Drought.

For the first time since 1971, the water level has dropped low enough that the uppermost drinking water intake is now visible. Two more intakes are lower down in Lake Mead, which provides the drinking water supply for 90% of Las Vegas.