One of Wall Street's biggest players is betting billions on the Microsoft-Activision deal going through. 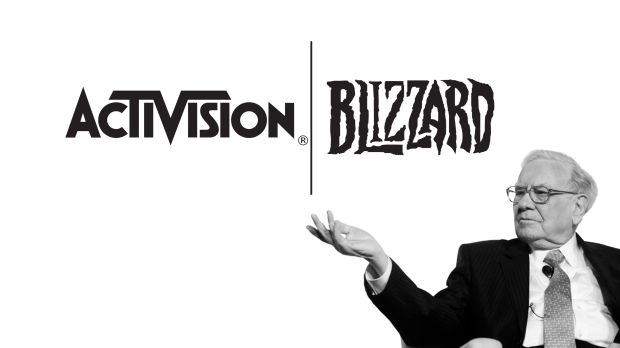 "We now own something like 9.5% of Activision and if we went over 10% we'd file a report. It is my purchases, not the manager who bought it some months ago, and if the deal goes through we'll make some money and if it doesn't, who knows what happens," Buffet said during the event.

Buffet may have purchased more Activision stock if the share value had jumped higher after the announcement. "In January, Microsoft announced the offer and the stock, which had been in the $60s went up to $81--not a big enough spread for me for a few days."

At a 9.5% stake, Buffet's company now owns over 74 million shares of Activision-Blizzard based on the current outstanding share values outlined on Yahoo Finance. That's up from the 15 million shares that Berkshire Hathaway had purchased before Microsoft announced its offer in January 2022.

The billionaire didn't say when exactly Berkshire had purchased the new stock, but Activision shares are currently trading at an all-time yearly low of $75.60. Quick math shows that 59 million shares at the current share price would cost over $4.4 billion.

Buffet goes on to say that these sort of mega-mergers have "all sorts of problems" and the outcomes are often unpredictable. While Buffet didn't mention it, his words bring to mind NVIDIA's failed purchase attempt of ARM.

"When they announced [the buyout offer], Activision becomes a different kind of security. It becomes what Charlie and I call arbitrage--well not really arbitrage, but they're securities whose value depends not on market value price but whether a corporate event occurs.

"Every now and then I'll see a deal I want to do in that field, but very seldom, because they have to be big. The profit is limited--they say you're going to get $95 and you're not going to get $96, and if the deal blows up the stock is listed at $40 or something."