The stunt was in the making for over ten years and was set to be undertaken by pilots Luke Aikins and Andy Farrington.

The two pilots planned to take their respective Cessna 182 aircraft to an altitude of 14,000 feet (4,267 meters) before going into a nosedive, intending to leave their aircraft then and hop in the other. Each Cessna was equipped with a custom airbrake to allow the aircraft to descend at a steady speed of 225 kilometers per hour (140 miles per hour).

The stunt attempt was initiated from an undisclosed location in Arizona at around 5:45 pm local time. The pilots began their nosedive about an hour into the flight, jumping out of their respective planes after engaging the airbrakes at approximately 12,100 feet (3688 meters).

Immediately after Aikins left his plane, it began to spiral away, leaving Farrington no choice but to deploy his parachute. Aikins successfully boarded Farrington's plane, and no one was injured in the attempt. The Federal Aviation Administration (FAA) says it denied permission for the stunt to go ahead, and an investigation will go ahead to determine what went wrong.

"It just went and instead of stopping in that 90-degree dive, it just kept going and got over on his back. It was just not a chance. You're just happy everybody's here and good and all that stuff, but just disappointed," Farrington said.

"I thought I left Andy a good plane. I'm trying to think of what else I could have done to make it better for him when I left. We do what we can to prepare for this stuff and we hope it never happens. This is the best outcome of a bummer situation, really," said Aikins. 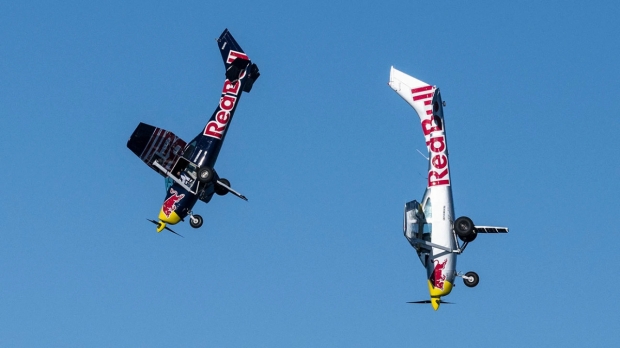 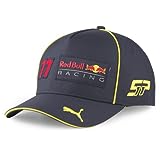