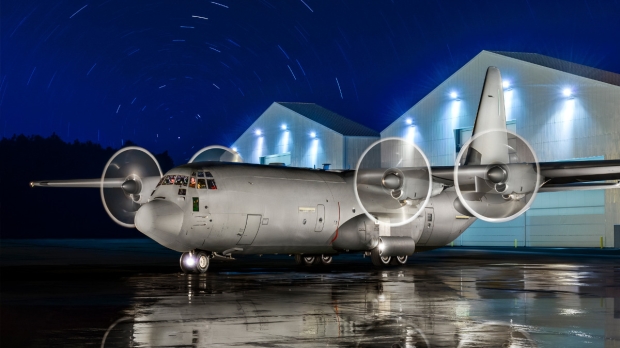 The currently underway Sea-Air-Space Exposition saw the reveal of the next doomsday plane the U.S. navy will soon be using, now provided by Lockheed Martin instead of Boeing. The EC-130J, like the United States Air Force's E-4B doomsday plane and Russia's Ilyushin II-80 doomsday plane both serve to ensure that their nation's heads of state and top military personnel can remain in control in the event of nuclear war or other disastrous situations.

The U.S. navy uses such aircraft for what it calls the Take Charge And Move Out (TACAMO) missions. It has sixteen Boeing E-6B Mercury aircraft that can connect to and command submarines within the naval fleet that can deploy ballistic missiles. During the Cold War, Lockheed Martin's EC-130Q was used on TACAMO missions, and the company will now reprise its role in supplying aircraft with such missions with the EC-130J Hercules aircraft.