A series of "particularly dangerous" forest fires have broken out around the abandoned nuclear power plant Chernobyl. 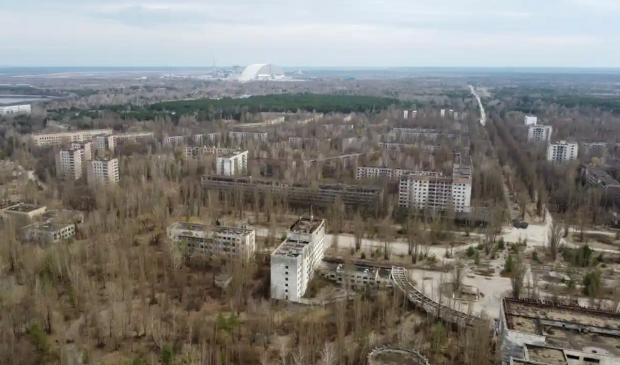 According to a statement from Ukraine's parliament, at least seven forest fires have broken out around Chernobyl and have been spotted by satellites operated by the European Space Agency (ESA). The statement from the Ukrainian government blames the "armed aggression of the Russian Federation" for the fires, but doesn't specify what they were caused by.

Ukraine claims that fires such as the ones recently spotted at "particularly dangerous" within a 6.2 miles of the nuclear site, and that Ukrainian firefighters are unable to put the fires out due to the presence of Russian troops that took control of Chernobyl close to the beginning of the invasion. Additionally, Ukrainian officials have warned that Russia's invasion has interrupted attempts at monitoring the radiation levels in the failed reactor.

"There is no data on the current state of radiation pollution of the exclusion zone's environment, which makes it impossible to adequately respond to threats. Radiation levels in the exclusion zone and beyond, including not only Ukraine but also other countries, could significantly worsen," said Energoatom, Ukraine's state-run nuclear company.

For context on what forest fires around the nuclear power plant can do in 2020, a forest fire erupted around the site and caused the radiation levels to spike 16 times of what was considered "normal".