Activision's design lead admits that Warzone's install sizes are just "f*cking crazy," and is the massive storage requirements are a big roadblock to new maps. 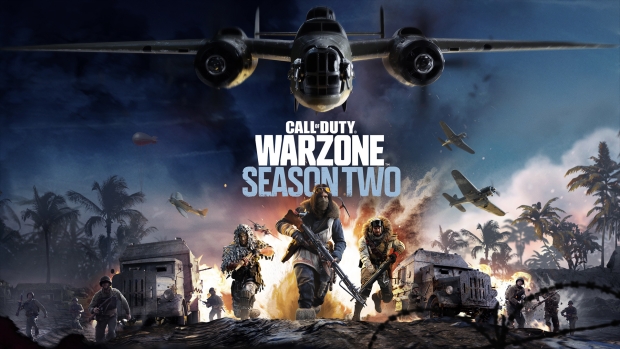 Warzone is the most important thing Activision has ever done, but like Destiny 2, the BR is hitting a wall. The game is simply too big for its own good. A wealth of highly-optimized assets across a huge sprawling in-game map have historically bloated install sizes past the 100GB mark (thankfully the game is around ~80GB on PC right now). Until Activision finds a better way to compress or optimize its data flows it'll be very hard to rotate new Warzone maps in and out of the game without forcing gamers to essentially re-download the full F2P game.

In a recent interview with TeeP, Activision head of design Josh Bridge delivered a rather candid explanation on what's going on with Warzone. "So, there's a technical problem. The install and reinstall sizes are fucking crazy. It's insane, right?"

"If we pulled out Caldera and said 'okay we're going to drop in Verdansk, it's going to be essentially like re-downloading everything. Every time we've done that we lose players. Players are like 'I don't want to re-download this and install...I mean you can't fit anything besides Warzone on a modern base PS4. So that's where we've been putting a lot of effort in, looking towards the future and asking how we can sort that out on a technical level so we can have that rotation."

Raven Software and other Call of Duty studios have made considerable efforts in shrinking Warzone and Bridge says the studio will have more to share on the topic in the future. It's likely that the size issues are a big part of why Warzone is being split up into a next-gen exclusive sequel that will release alongside Modern Warfare 2 in 2022. This is similar to what Bungie did with Destiny and Destiny 2, and the rotational lineup might also be similar to Destiny 2's current content vaulting.

"We'll have some...we've been really looking at it so we'll have more to talk about that. But that is ultimately our goal to ensure there's a freshness and variety of experiences--with a seasonal meta comes a seasonal map rotation."