Today Bandai Namco announced One Piece Odyssey, a new One Piece game made in collaboration with series creator Eiichiro Oda. 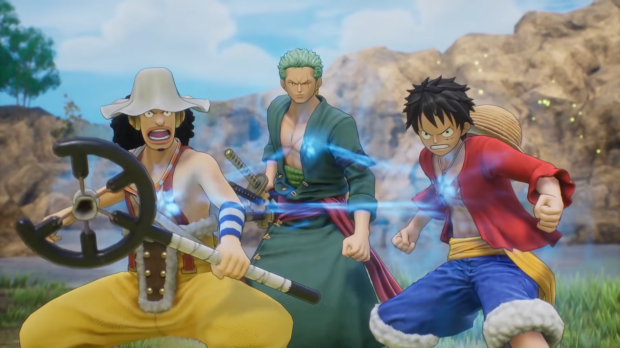 One Piece Odyssey looks to be the ultimate game for fans of the anime and manga franchise. The game is a fully-fledged RPG that stays authentic to the distinct One Piece humor thanks to an all-original storyline from Eiichiro Oda, complete with a diverse open world, colorful monsters, and a unique cel-shaded art style presentation the melds 3D with 2D. In a recent presentation, Oda said the game was so immersive it was "like a movie." Tales series composer Motoi Sakraba is lending his talent to make an epic soundtrack

"The goal is to deliver an epic adventure in the One Piece world," producer Katsuaki Tsuzuki said. "It is probably the first One Piece title to be developed so meticulously over an extended period of time."

ONE PIECE ODYSSEY is an RPG project filled with the unique elements of adventure from ONE PIECE that has been highly desired by fans. This project has been in the works for many years so that fans can truly touch the world of ONE PIECE and now is ready to be unveiled!

Join this brand-new RPG featuring new character and monster designs produced by Eiichiro Oda, the author of ONE PIECE. The game is also complemented by the beautiful music of Motoi Sakuraba, a composer well known for his various contributions to video games such as the Dark Souls and Tales of series.

During their voyage, the Straw Hats, led by Monkey D. Luffy are swallowed by a huge storm at sea. They end up on a mysterious island full of nature amidst the storm and become separated from each other. The crew sets out on a new adventurous journey filled with wonders of a raging nature, powerful enemies, and strange encounters with island locals. Work together with Luffy and his crew to set sail once again!

STRAW HATS AS ONE

Defeat new enemies, unravel mysteries, and unearth a whole adventure with your favorite Straw Hats! In addition to Luffy, you can play as Zoro, Nami, Usopp, Sanji, Chopper, Robin, Frankie, and Brook!

RPG WITH A ONE PIECE TWIST

Experience quests and dungeons all with an authentic ONE PIECE twist. Enjoy what you love about RPGs but with your favorite characters and an original touch from the ONE PIECE universe.