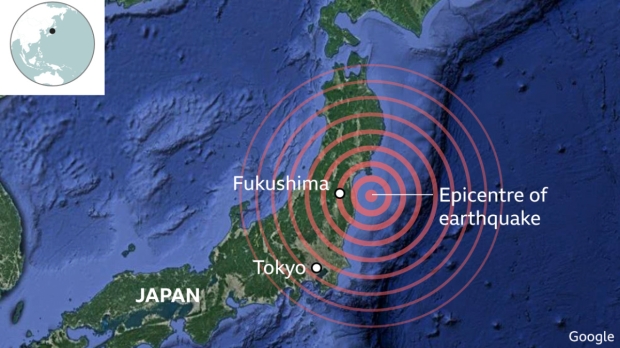 The latest 7.4-magnitude earthquake struck at 11:30pm local time on March 16th, off the coast and 36 miles (60 kilometers) below sea level, according to the Japan Meteorological Agency. The agency issued a tsunami warning, suggesting a 3 foot (1 meter) high wave could hit the Miyagi and Fukushima prefectures, but has since scaled the warning back to reflect milder sea-level changes along the coast.

The 2011 earthquake led to the worst nuclear disaster since Chernobyl, destroying the Fukushima nuclear power plant. The Tokyo Electric Power Company (TEPCO) still manages the defunct Fukushima plant and has since sent workers to investigate the plant. No abnormalities have been found, nor has any damage been reported at the Onagawa nuclear power plant in Miyagi Prefecture, according to the Tohoku Electric Power company.

The earthquake was felt up to 170 miles (275 kilometers) away, shaking buildings in Tokyo. Two million homes have been left without power following the earthquake, and the death toll currently sits at four people, with at least 94 people have been injured.