An article on the man's tongue titled "Black Hairy Tongue" has been published in Journal of the American Medical Association's JAMA Dermatol. 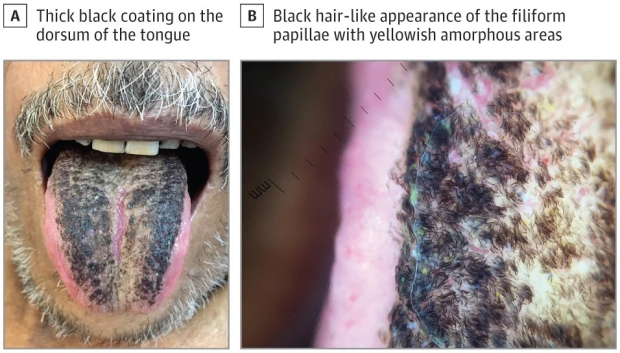 A man in his 50s came to doctors in India with a black, hairy tongue after suffering a stroke three months prior. Following the stroke, the man had motor weaknesses in his left side and was put on a pureed diet. For about two weeks, a black coating covered his tongue, which doctors diagnosed as the condition of black hairy tongue, or lingua villosa nigra.

The condition occurs in about 13% of the population, according to the American Academy of Oral Medicine, and is relatively harmless. The condition results more commonly in people on pureed diets, as a lack of food that abrades or stimulates the top of the tongue leads to the build-up of the protein keratin. Consequently, the filiform papillae covering the tongue grow longer and take on a hairy appearance.

Other factors that may predispose someone to the condition include poor oral hygiene, medications, antibiotics, tobacco use, oxidizing mouthwashes, and excessive coffee or tea drinking. It is more likely to occur in older people but can occur at any age. Bacteria that grow on the altered surface of the tongue give the tongue its black appearance, though the condition can also result in brown, yellow, or green appearances. Proper cleansing returned this man's tongue to normal after twenty days. 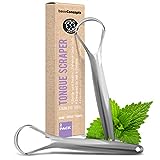