Elon Musk has called out Vladimir Putin on Twitter, issuing a challenge for "single combat."

Musk wrote Putin's name in Russian, and below his challenge wrote the "Stakes are Ukraine." In reply to his initial tweet, Musk wrote entirely in Russian to @KremlinRussia_E, the official Twitter page of the President of Russia, with a message translating to "Do you agree to this fight?" He then followed up with a reply to a Twitter user, writing "I am absolutely serious".

Since Musk's tweets, Dmitry Rogozin, the Director-General of Russia's space agency Roscosmos, issued his own tweets in response, translating to "You, little devil, are still young, Compete with me weak; It would only be a waste of time. Overtake my brother first." The tweet quotes a Russian fairytale by A. S. Pushkin, known as "The Tale of the Pope and his worker Balda".

It's unclear who plays what role from the fable in this cryptic tweet and whether Rogozin would rather see Musk try his hand at fighting him in Putin's stead. Putin did have a black belt in judo until he was stripped of it amidst sanctions imposed on Russia following its invasion into Ukraine, so Musk would likely have his hands full if his unlikely request were ever fulfilled. 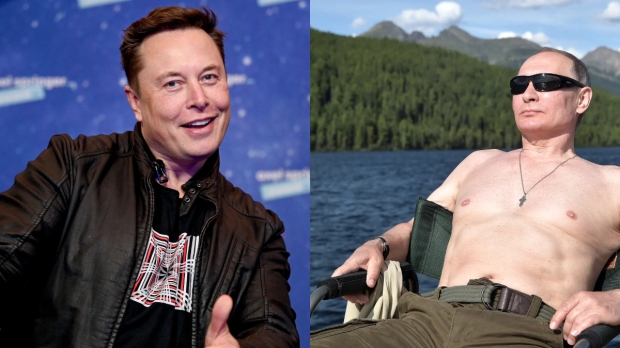