A paper on the new species titled "Fossil coleoid cephalopod from the Mississippian Bear Gulch Lagerstätte sheds light on early vampyropod evolution" has been published in the journal Nature. 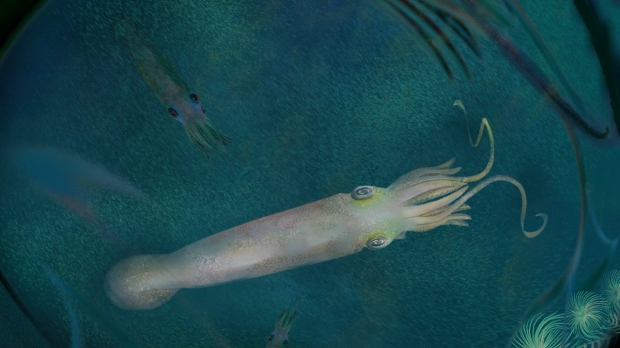 A research team from the American Museum of Natural History and Yale has discovered a new species of vampyropod using a 328-million-year-old fossil. The discovery uncovers one of the oldest ancestors of the group of animals that includes octopuses and vampire squids and shows their ancestors had ten arms instead of eight. The newly discovered species extends the fossil record of this group extends by about 82 million years.

"The arm count is one of the defining characteristics separating the 10-armed squid and cuttlefish line (Decabrachia) from the eight armed octopus and vampire squid line (Vampyropoda). We have long understood that octopuses achieve the eight arm count through elimination of the two filaments of vampire squid, and that these filaments are vestigial arms," said lead author Christopher Whalen, a postdoctoral researcher in the Museum's Division of Paleontology and a National Science Foundation postdoctoral fellow in Yale's Department of Earth & Planetary Sciences.

"However, all previously reported fossil vampyropods preserving the appendages only have 8 arms, so this fossil is arguably the first confirmation of the idea that all cephalopods ancestrally possessed ten arms," Whalen continued.

The fossil specimen has been used to classify a completely new genus and species, with the specimen being named the Syllipsimopodi bideni. The genus name is derived from the Greek word "syllipsimos" for "prehensile" and "podi" for "foot". The species name is in honor of Joseph R. Biden, the 46th President of the United States, who was inaugurated around the time of the paper's submission.

"Syllipsimopodi may have filled a niche more similar to extant squids, a midlevel aquatic predator. It is not inconceivable that it might have used its sucker-laden arms to pry small ammonoids out of their shells or ventured more inshore to prey on brachiopods, bivalves, or other shelled marine animals," said co-author Neil Landman, a curator emeritus in the Museum's Division of Paleontology. 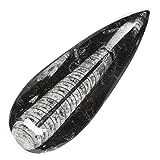