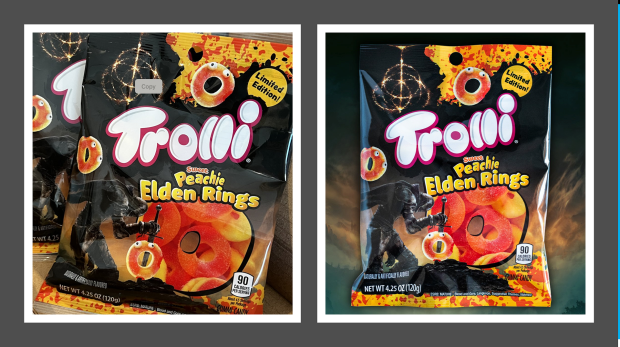 Elden Ring is absolutely huge right now. Everyone's talking about it, there's a billion YouTube videos on gear, builds, and rune farming, and it's utterly consuming our collective souls. Now it can consume your bad junk food habits, too.

Trolli, the confectioner known for its sour gummy worms, has created Peachie Elden Rings to celebrate the game's monumental success. There's no code or anything in the bag, and Trolli's USA branch says they actually aren't for sale to the general public. Bummer. Gaming personality Geoff Keighley apparently received a few promotional bags of the candy to commemorate the game, which makes sense considering Keighley nabbed the Elden Ring reveal for The Game Awards.

Maybe in the near future the Peachie Elden Rings will be available on store shelves...but for now we'll just have enjoy the taste of defeat as we die, die, and die again in the Lands Between.