Intel has confirmed its next-gen 2024 processor series, with the tease of its 15th Gen Core "Arrow Lake" CPUs at its recent Investors Meeting 2022. 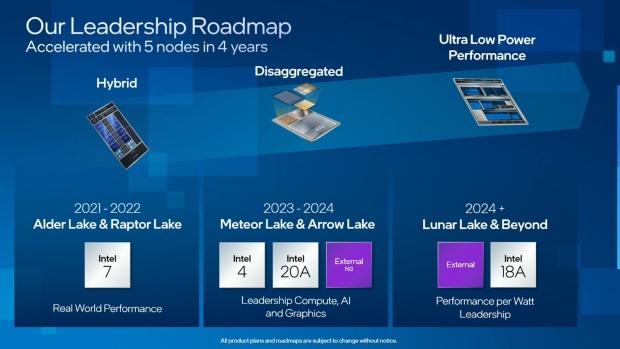 The new Intel 15th Gen Core "Arrow Lake" CPUs will be launching on not one but three different process nodes: Intel 4, Intel 20A, and External N3 technology... but spoiler alert: it'll be TSMC. After Arrow Lake, we have the 16th Gen Core "Lunar Lake" which Tom @ Moore's Law is Dead last year said would KILL the next-next-gen Zen 5 architecture from AMD. The next few years of CPU technology are going to be pretty radical, while Intel simultaneously launches a new GPU to compete with AMD and NVIDIA. Can't wait.