Here are the top-selling first-party PlayStation games on PS4, PS5, and now PC. 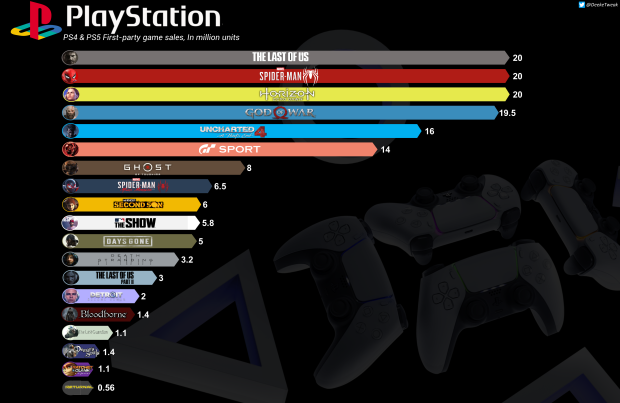 Sony's first-party games are big blockbuster system-sellers with dramatic storylines, explosive action, and an emphasis on singleplayer. Games like The Last of Us, Spider-Man, Horizon Zero Dawn and God of War have all defined an entire generation of console gaming. But how much have each of them sold?

Based on data provided by Sony in public earnings documents and reports, and figures from analysts, we've compiled a list of all the current known first-party PlayStation game sales. Do note that some of these sales figures are very outdated and reflect numbers that have remained static in Sony's quarterly and annual filings.

For the purposes of this list, we've only included games that were available on PS4 and PS5 with the exception of The Last of Us, which remains one of Sony's best-selling games of all time across PS3 and PS4 (and soon PS5 with the reported next-generation remake), and Horizon Zero Dawn, whose figures include combined PC and console sales.

Find below a catalog of source data as well as info regarding previously reported figure dates. 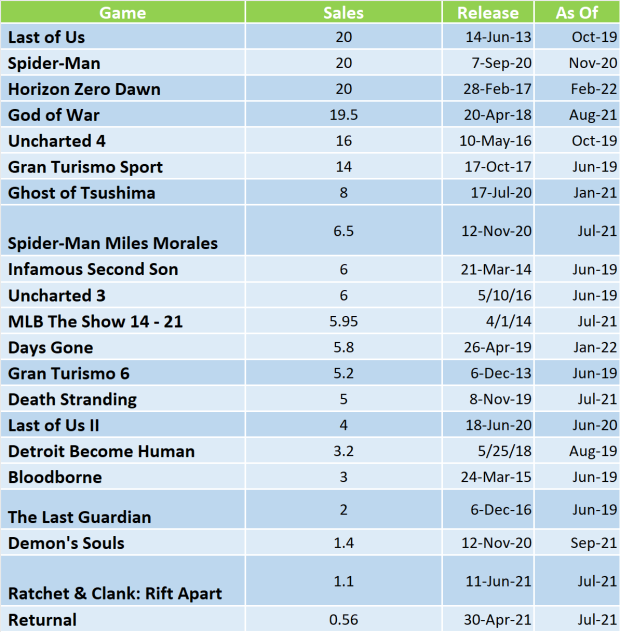