Tonga was recently devastated by an underwater volcano erupting 40 miles north of the main island, and now NASA has estimated the power of the explosion. 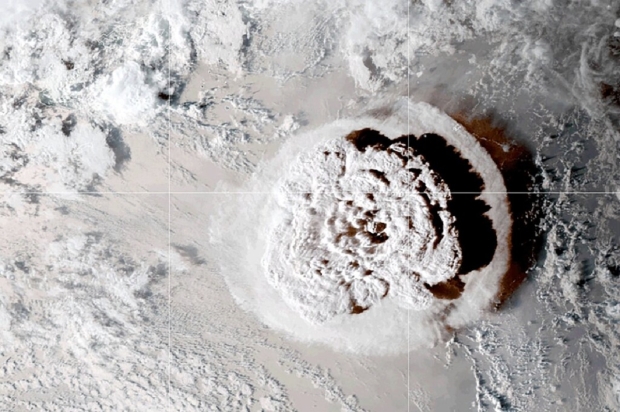 The underwater volcano that erupted was the Hunga Tonga-Hunga Ha'apai volcano, and upon eruption, it shot plumes of debris 25 miles into the atmosphere while also spawning a tsunami that flattened most houses and structures across two Tongan islands. Additionally, the eruption spewed volcanic high up into the air that eventually blanketed islands, contaminating running water and making it difficult for neighboring countries to provide aid by air.

The NASA Earth Observatory has estimated that the amount of energy that was released by the eruption was equivalent to somewhere between five to 30 megatons of TNT. If that estimate is correct, it would mean the eruption was hundreds of times more powerful than the atomic bomb that was dropped on the Japanese city of Hiroshima in 1945, which NASA estimates to be around 15 kilotons of TNT.

Read more: Tonga volcanic eruption was so powerful NASA detected it in space