In a recent article published in The Conversation, Gareth Dorrian, a Post Doctoral Research Fellow in Space Science, University of Birmingham, explains how the recent volcanic eruption was detected in space.

On January 15, an underwater volcano located 40 miles north of the Tongan capital erupted with the power equivalent to 10 megatons of TNT exploding, or more than 500 times as powerful as the nuclear bomb that was dropped on Hiroshima. The eruption spawned a tsunami that has devastated Tongan islands, wiping out most houses and structures, the event has been caused an "unprecedented disaster" by the Tongan government.

Dorrian explains in the article that the eruption has generated "atmospheric gravity waves" that were detected by a NASA satellite. These waves that were detected will allow Dorrian and fellow researchers to better understand the top layers of Earth's atmosphere from events happening on Earth, and how volcanic eruptions can impact space, as opposed to the alternative perspective of how space impacts the top layer of Earth's atmosphere. 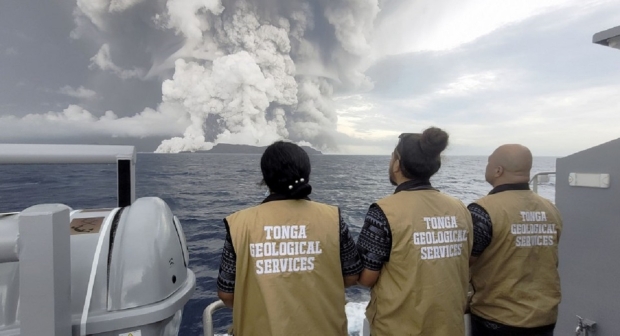