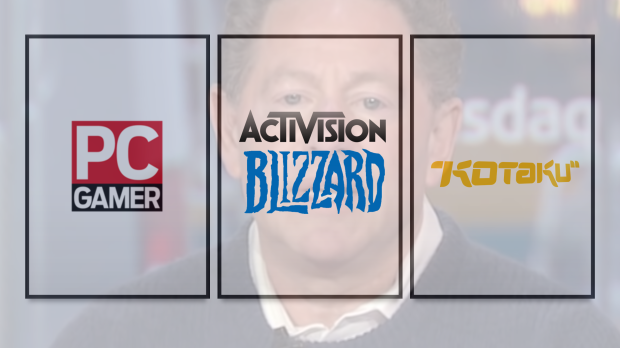 In an attempt to control the narrative around Activision-Blizzard's damning controversy, company CEO Bobby Kotick reportedly suggesting direct acquisitions of video game press websites like Kotaku and PC Gamer. New reports from The Wall Street Journal say Kotick discussed possible press company buyouts with the board of directors to help stem the tide of scathing articles.

Throughout the last few months, Activision-Blizzard's dirty laundry--which culminates in years of alleged discrimination, sexual harassment and toxic workplace culture--has been aired by dozens of news articles across a multitude of websites as well as official documents like public lawsuit filings.

The company's disintegrating reputation was a big driver for the recent $68.7 billion acquisition deal with Microsoft, sources have told WSJ.

Kotick is expected to leave the company when the deal closes and will make off with an estimated $400 million from his stake in Activision-Blizzard.