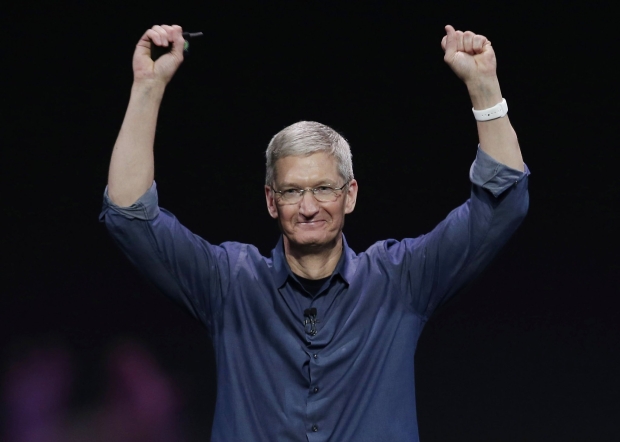 New SEC filings outline executive pay for Apple's current C-suite leadership, and CEO Tim Cook saw a meteoric rise in total compensation. According to the filing, Tim Cook received a total of $98 million in compensation through 2021 that consists of $3 million in base salary pay, $82 million in stock awards, $12 million in incentive pay, and nearly $1.4 million from "other compensation." 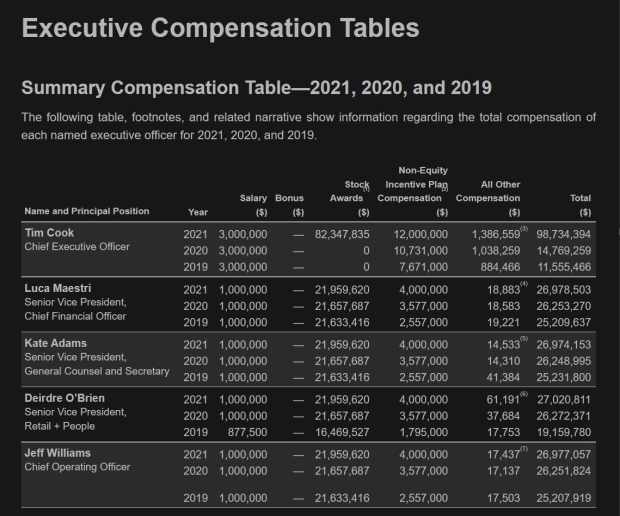 Cook's record incentive payout was due to Apple's stellar performance throughout 2021:

"For 2021 we reported net sales of $365.8 billion and operating income of $108.9 billion, representing a year-over-year increase of 33% and 64%, respectively. These results significantly exceeded the maximum goals for each of the financial performance measures."

Tim Cook is now worth over $1 billion following this massive payout and the vesting of 5 million shares worth a total of $754 million.