Ubisoft+ is coming to Xbox platforms, but don't expect to get it free with Game Pass. 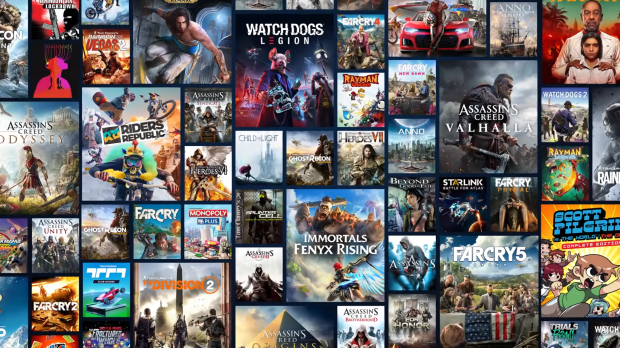 Ubisoft's premium all-you-can-play games subscription service is coming to Xbox platforms, the company announced. Everyone assumes Ubisoft will include this free with Game Pass Ultimate, but that's not the case. It'll be an entirely separate subscription.

What's interesting is that Ubisoft+ is technically a Game Pass competitor that quite literally copies Microsoft's game plan. See if this familiar: Ubisoft+ grants access to over 100 games (131 games, to be exact) and new titles are released day-and-date on Ubisoft+. There's also extra bonuses like cosmetics and in-game items.

We'll probably see Ubisoft+ also arrive on PS4, too. Otherwise the company would miss out on a 114 million install base of potential willing subscribers.

Ubisoft has been pushing into subscriptions with the advent of cloud gaming tech like Google Stadia and Amazon Luna, but Ubisoft+ is also available on PC. The idea is to test things out first and then roll the service out to consoles when it's ready--and apparently it's ready. Once gamers are stuck in the same kind of engagement cycle that churns Game Pass, Ubisoft can keep releasing digital content in perpetuity with its new games-as-a-platform titles like Assassin's Creed Infinity, the first-ever never-ending Assassin's Creed game.