Top gaming companies see a decline in overall share value as post-pandemic surges start to even out. 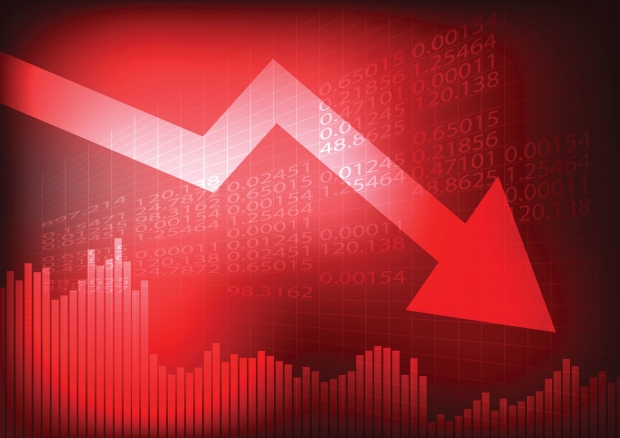 2020 was a big year for gaming, with the top games-makers earning record revenues. Xbox, Nintendo, and Sony's PlayStation division all reported new all-time highs. Non-platform holders also say highwater marks from their respective revenues, however 2021 is a different story. Revenues are starting to moderate across big companies like EA and Take-Two Interactive, while scandals and controversies bite into shares of Activision's billion-dollar empire.

According to data collected by video games analyst and consultant Dr. Serkan Toto, various companies have seen share price drops after 2020's stellar performance. NYSE-traded stocks like Take-Two, Activision, EA, Ubisoft, and CD Projekt are all down, and Japanese companies on the Tokyo Stock Exchange aren't faring much better: Nintendo is down 18%, Capcom is also down 18%, and Konami, Square Enix, and Koei Tecmo are down ~4%. Sony, on the other hand, is up 38% on the back of strong PlayStation game segment earnings and semiconductors (as well as other successful business areas).

We've compiled a quick table based on the data below that illustrates how 2021 has treated top video game maker's stocks (h/t to Joost Van Dreunen for the table formatting): 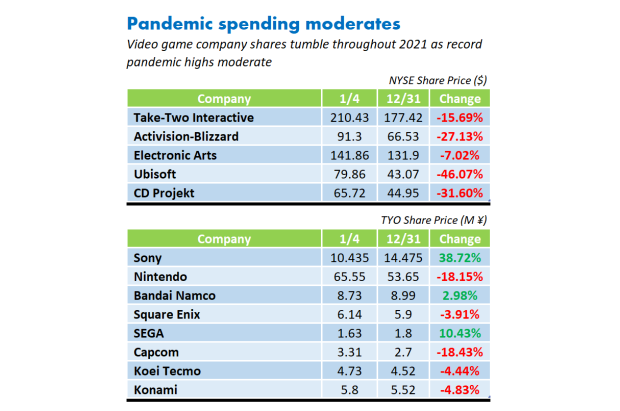