AMD's new Ryzen 9 6900HX processor offers 8 cores and 16 threads of CPU power based on the refreshed Zen 3+ architecture, printed out on TSMC's new 6nm process node. We're looking at max CPU clocks of up to 4.6GHz, 20MB of L3 cache, and support for DDR5-4800 memory. 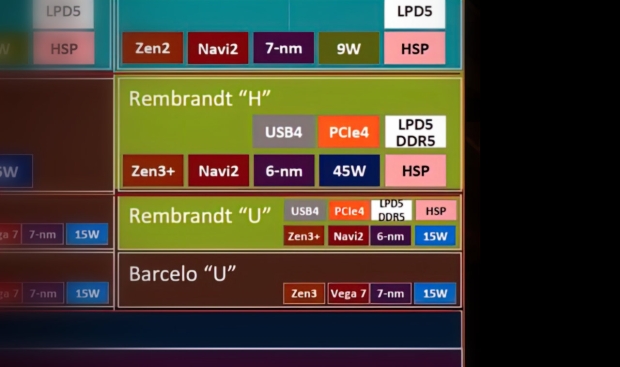 As for the GPU side of things, AMD will be using the purported Radeon 680M graphics which is based on the Navi2 GPU. The new Ryzen 9 6900HX processor is based on the new codename "Rembrandt" APU series, and while we don't know how many Compute Units the Radeon 680M has, we do know that the Rembrandt APU will offer up to 12 units on its GPU.

We don't know if the new Ryzen 9 6900HX will support DDR4 memory, but DDR5-4800 is supported on the new high-end Zen 3+ processor. AMD will be battling Intel and its new Alder Lake-P mobile processors, where we'll hear everything we need to know about both new families of CPUs from AMD and Intel at CES 2022 next week.