STALKER 2 developer has cancelled all plans for its "STALKER metaverse" and "metaverse human" NFTs due to fan backlash. 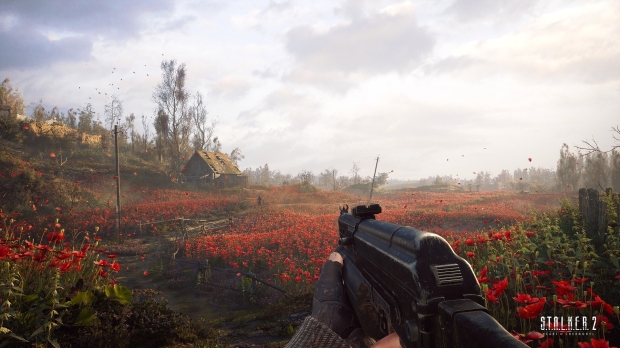 Yesterday STALKER 2 developer GSC Game World announced they were creating the "world's first metahuman NFT," and would release limited-edition NFTs before the game's launch. The NFTs would be digital cosmetics that could be re-sold and auctioned off on a third-party marketplace. The metahuman concept would see consumers using crypto to buy rights to place their likeness on an in-game NPC. 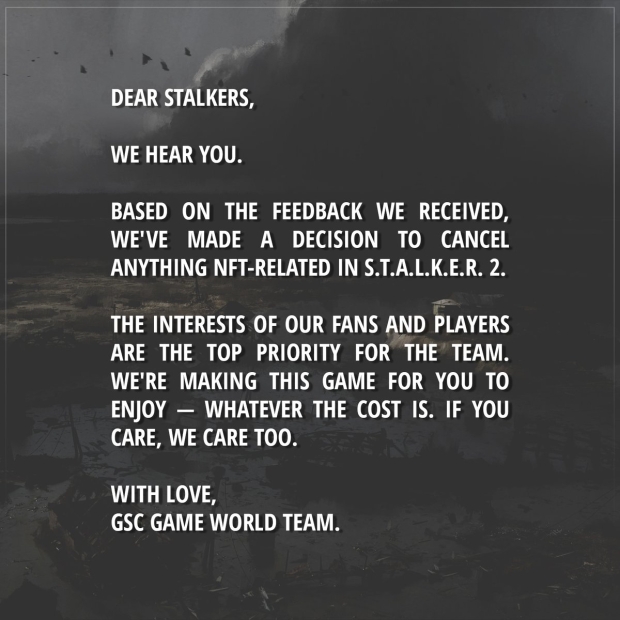 This decision was nearly unanimously hated by the gaming community and led to massive controversy for the indie developer. GSC original defended their decision in a lengthy post (see below) that was later deleted. No developer wants controversy especially not an indie developer, so the team has scrapped its NFT ambitions. 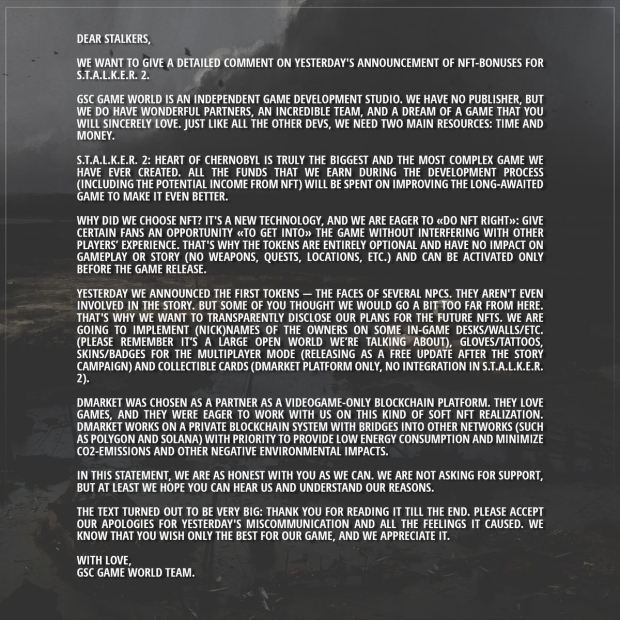 STALKER 2 is no longer the first game that will use a metahuman NFT, and all cosmetic NFT plans have been cancelled.