In the coming weeks, NASA will be launching its next-generation space telescope that has scientists and researchers sweating. 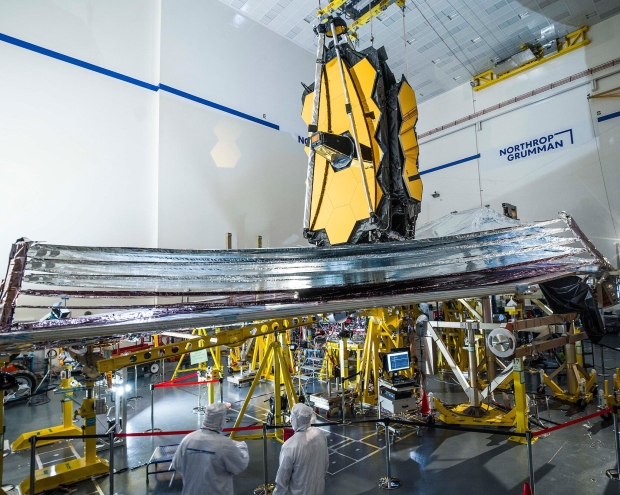 NASA is nearing the end of the road for its James Webb Space Telescope (JWST), as the agency is only days away from its scheduled launch on December 22. The JWST cost approximately $10 billion, has been in development for more than 20 years and is the most complicated and powerful space telescope ever created. The telescope is described as a piece of origami as it folds up into the Ariane 5 rocket, and once out in space, unfolds itself over a six-month period.

While the construction of the telescope was certainly a monumental challenge for engineers, the most terrifying part is almost here. The JWST will be loaded into the Ariane 5 rocket, where it will need to survive the vibrations of the launch. After reaching its designated location a million miles away from Earth, the JWST will slowly unfold, keeping the world on edge for 29 harrowing days as thousands of parts of the telescope work in unison.

Read more: NASA's most powerful telescope will keep the world on edge for 29 days

"I will almost certainly watch the launch and be terrified the entire time," University of New Hampshire physics professor Chanda Prescod-Weinstein told the newspaper.

"The entire astronomy community, given the broad range of anticipated science returns and discovery potential, has skin in the game. We are all intellectually and emotionally invested," said Yale astrophysicist Priyamvada Natarajan to the Times.

NASA has stated in the past that the JWST has "300 single-point failure items, and they all have to work right." If one thing messes up the JWST will be irretrievable and will be a gigantic waste of time and resources. However, if the telescope successfully unfolds and becomes operational, astronomers and researchers in numerous fields will be able to explore the universe like they never have before.