A new sub-Earth exoplanet has been discovered 31 light-years or ~9.5 parsecs away from our Sun. 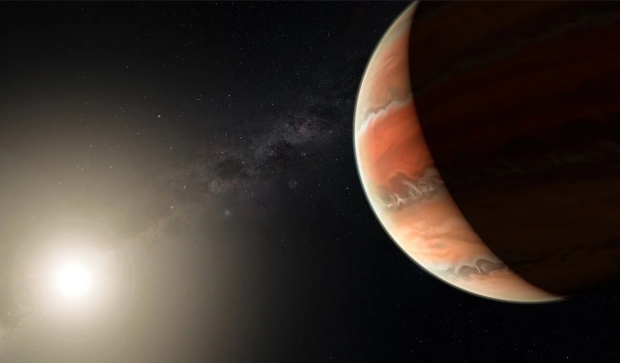 The exoplanet, designated GJ 367b, orbits a red dwarf star in less than 24 hours, making it an ultrashort-period (USP) planet. A year on this planet, the time it takes for it to complete an entire orbit of its host star spans 7.7 hours.

Typically, sub-Earth exoplanets, those smaller in mass than Earth, are challenging to detect due to their small mass and size. No sub-Earth USP planets have been observed previously with enough precision to determine their size and composition. Using NASA's Transiting Exoplanet Survey Satellite (TESS) and High Accuracy Radial Velocity Planet Searcher (HARPS), researchers could use high-precision photometry and spectrographs to determine its characteristics.

GJ 367b has a density close to pure iron, with about half the mass of Earth while being roughly three-quarters the size. Its surface temperature is estimated at up to 1,500 degrees Celsius, close to the melting point of iron. Any atmosphere that was present would have burned away long ago, along with the planet's upper mantle, reducing it to an iron core similar to Mercury's.

Though this planet is in no way habitable, the red dwarf star it orbits is the kind known to host multiple planets.

"For this class of star, the habitable zone would be somewhere between a two- to three-week orbit. Since this star is so close by, and so bright, we have a good chance of seeing other planets in this system. It's like there's a sign saying, 'Look here for extra planets!'" says George Ricker, senior research scientist in MIT's Kavli Institute for Astrophysics and Space Research.

Envisioning Exoplanets: Searching for Life in the Galaxy