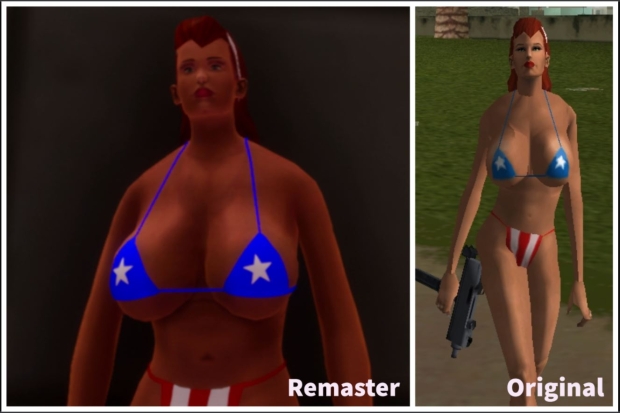 After 8 days of public ridicule, Rockstar Games has responded to the GTA remaster controversy. The developer admits the Definitive Edition was a faulty product and says they're working on multiple patches for the game to fix "technical issues". No specifics have been confirmed just yet...but let's hope things like atmospheric fog and rain are addressed, as well as the embarrassing character models and glitches.

"The updated versions of these classic games did not launch in a state that meets our own standards of quality, or the standards our fans have come to expect," Rockstar said.

"We have ongoing plans to address the technical issues and to improve each game going forward. With each planned update, the games will reach the level of quality that they deserve to be."

Rockstar is also apologizing by giving out freebies. The original trilogy is not only coming back on PC, but Definitive Edition owners will get a free copy of classic versions of GTA III, GTA Vice City, and GTA San Andreas on the Rockstar Launcher. These games had previously been de-listed and removed from all storefronts but are coming back to the Rockstar Launcher and there's no word on a PlayStation Store or Steam re-listing.

Rockstar had previously removed the trilogy from its PC launcher (and players' libraries) because developers accidentally kept in music, original source notes, and the code for the infamous Hot Coffee mini sex game within San Andreas' files.

This led to mass refunds from angry gamers who had their digital copies revoked. The trilogy is now back on the Rockstar Launcher.