KIOXIA has just introduced its new BG5 Series SSD family, with super-fast PCIe 4.0 SSDs that were designed to blend into a balance of performance, cost, and power to everyday gamers and PC users. 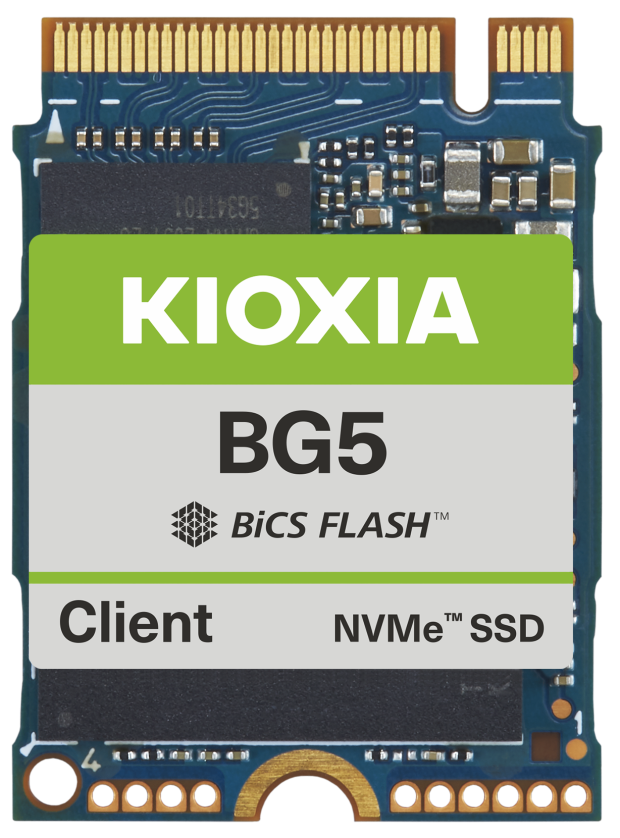 Neville Ichhaporia, vice president, SSD marketing and product management, KIOXIA America, Inc. said: "Market adoption of DRAM-less SSDs is increasing steadily, thanks to HMB's ability to reduce the overall bill of materials without degrading the data read/write performance of the SSD. The fact that KIOXIA realized PCIe 4.0 performance with a DRAM-less architecture is a win for mainstream client applications".

"With this latest addition to our comprehensive PCIe 4.0 SSD portfolio, KIOXIA is delivering premium performance to the mainstream swim-lane by enabling PCIe 4.0 without sacrificing affordability. We are committed to leading the transition to next generation storage for gaming, mobile computing and workstation applications, and will continue to develop advanced technologies for high-performance, small-footprint SSDs".