KIOXIA has just unveiled the industry's first EDSFF E3.S SSD that was designed with next-gen PCIe 5.0 technology in mind, so we're looking at the new drives being optimized for 32GT/s x2 performance which saves valuable PCIe lanes.

KIOKIA is using its 7th generation flash die failure protection on the new KIOXIA CD7 series EDSFF E3.2 SSDs, with the company promising "consistent performance and reliability in 24x7 enterprise and hyperscale environments", while the drives have been "designed for high-density storage deployments". 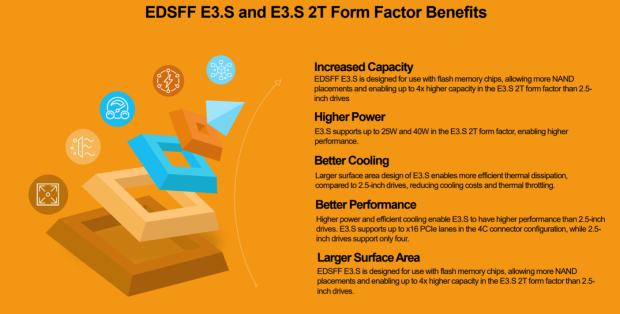 The EDSFF E3.S has been designed to be used with flash memory chips, allowing more NAND placements that allow KIOXIA to open the flood gates on capacity by 4x in the E3.S 2T form factor than traditional 2.5-inch drives. There's 25W to 40W of power available on the E3.S and E3.S 2T form factors, respectively.

Another benefit of the E3.S standard is the larger surface area, which improves thermal dissipation over 2.5-inch drives, which in turn also reduces cooling costs and thermal throttling -- once the SSDs are reaching peak speeds the drive is running at its hottest -- something data centers and hyperscale environments don't want, ever.

KIOXIA adds that with the higher power and efficient cooling, it enables E3.S to have higher performance over 2.5-inch drives, while supporting the full x16 PCIe 5.0 lanes in the 4C connector, while 2.5-inch drives only support 4. 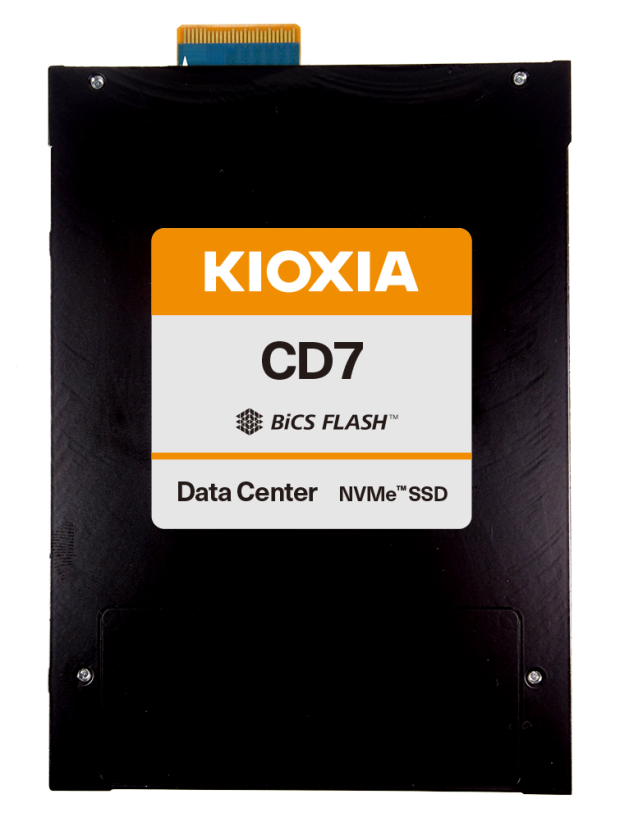 Neville Ichhaporia, vice president, SSD marketing and product management, KIOXIA America, Inc. explains: "We see EDSFF as the enterprise NVMe SSD form factor of the future. The E3 versions, optimized for the next generation of enterprise platforms, are well suited to keep technological pace with the incremental demands data-intensive applications are placing on servers and storage. This will help customers optimize performance, cooling and storage capacity in next generation servers and storage".

Greg Wong, founder and principal analyst, Forward Insights added: "The EDSFF E3 form factor is set to redefine the way enterprise servers and storage are designed. We expect the market to transition to EDSFF starting in 2022, with the introduction of PCIe 5.0 based systems". 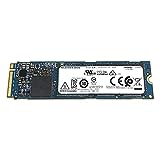