Officials that monitor the Sun have observed a large solar flare occur on Thursday, October 28, which may cause interference with radio and satellite communications.

The launched an X1-class solar flare, which is the most powerful category of flare, according to the US Space Weather Prediction Group. According to the group, the solar flare caused a coronal mass ejection that is headed directly towards Earth. Upon impact, the large amount of charged particles hitting Earth's magnetic field can cause wide-area radio communication blackouts for high-frequency signals for around an hour.

Here's what the US Space Weather Prediction Group wrote in an email, "Area of impact consists of large portions of the sunlit side of Earth, strongest at the sub-solar point." The coronal mass ejection shoots out charged particles at around 1 million mph or more and usually takes a few days before they reach Earth. Reports indicate that the charged particles from our local star are expected to reach Earth sometime on October 30 and may deliver a "glancing blow".

For those that don't know, the Sun is only in its early days of the current solar activity cycle that lasts 11 years. If you are interested in reading more about this story, check out this link here. 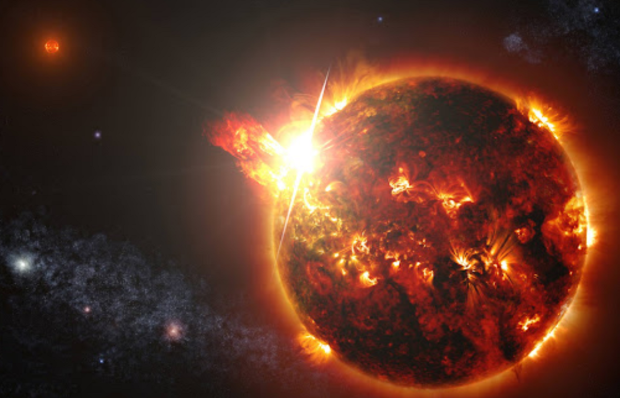