Forza Horizon 5 is right around the corner, with Microsoft and developer Playground Games revealing the download size for the game.

We're looking at 103GB of storage required on both the Windows and Steam versions of the game on the PC, with the next-gen Xbox Series X/S consoles both also needing 103GB free storage for Forza Horizon 5. The previous-gen Xbox One version of the game is actually larger, requiring 116GB of storage.

You can now pre-load Forza Horizon 5 on the Microsoft Store, while if you've pre-ordered the game on Steam you'll have to wait a little while longer. The developer explains: "With the high-speed internal SSD storage found on Xbox Series X|S consoles, we've reduced the install footprint of Forza Horizon 5 on those systems by optimizing our assets for higher bandwidth streaming. That means a shorter download combined with super-fast loading times so you can seamlessly jump into the action as soon as you say 'Let's Go!'" 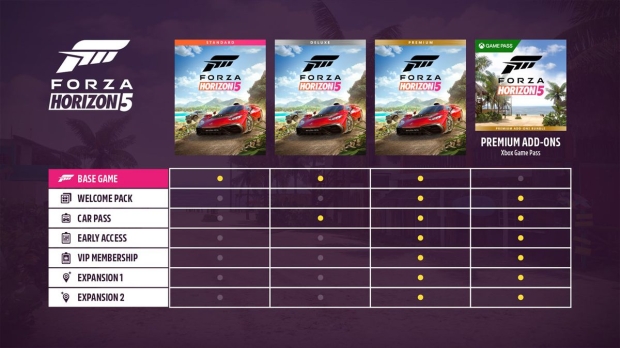 Forza Horizon 5 slides onto the market worldwide on November 5, 2021.