Remember in 2020 when everyone said raytracing could fix Halo Infinite's bad graphics? That's actually happening. 343i just confirmed Infinite will support raytracing thanks to AMD.

Halo Infinite will support AMD's raytracing solution on PC and possibly Xbox Series X/S consoles. The developers today revealed a host of high-end performance features that will be available on PC at launch and says it is working with AMD, its official partner, to scale and optimize the game across the entire spectrum of hardware from Jaguar SoCs in the Xbox One to the 7nm+ Zen 2 SoCs in the Series X and blistering-fast new desktop CPUs and GPUs.

"We're looking forward to working closely with AMD to bring raytracing to Halo Infinite. Raytracing is one our top development priorities post-launch and look forward to sharing more soon," 343 Industries wrote in the update.

"AMD was willing to pursue a close, long-term partnership with Halo across both engineering and marketing efforts. Looking ahead, we've identified opportunities for additional configuration options, performance tweaks, and memory improvements across both PC as well as console and we're working together on more optimization solutions that should benefit all platforms."

The news a year after Halo Infinite's disastrous 2020 reveal footage, which many said could use a nice bump from raytracing. Not only have Halo Infinite's graphics improved by an order of magnitude greater than the previous visuals, but the game is also getting an added bonus of raytracing support too. We don't know when it's coming but we know it's not available at launch.

343i principal software engineering lead Mike Romero might have hinted raytracing is coming to consoles, too:

"The optimizations they've been implementing...a lot of the performance optimizations are actually applicable to consoles as well because AMD is in the consoles."

Halo Infinite was built from the ground up on PC, and 343i is going all-out. Our time with the Halo Infinite beta (look at the settings here) confirmed features like built-in FPS counters, FOV sliders, and tons of graphics options that will all be in the game at launch. 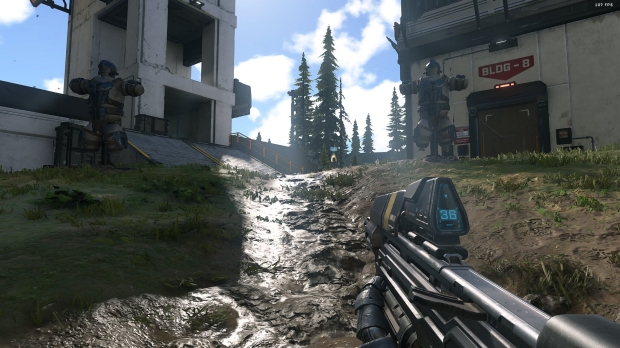