Apple's new M1 Max chip has a monstrous 32-core GPU with 10.4 TFLOPs of power (that's a bit higher than a PS5), but compatibility may be the chip's Achilles' heel. 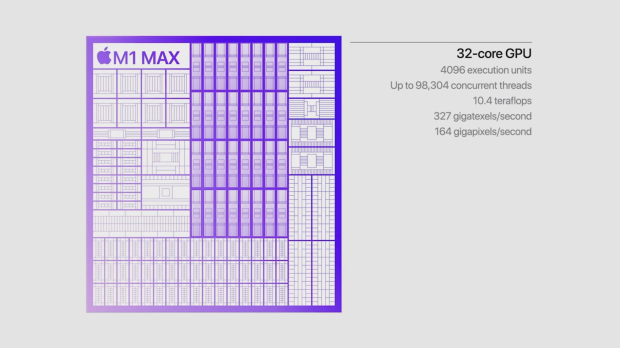 Yesterday Apple announced its new MacBook Pro notebooks aimed at professionals. The new line includes supercharged M1 SoCs--the M1 Pro, and the monstrous M1 Max, which features a 10-core CPU, a GPU with up to 32 cores, and up to 64GB of unified memory. It's a powerhouse for high-end workloads. Gaming, however, isn't the main selling point.

As Moor Insights and Strategy's Patrick Moorhead notes, the MacBook Pros aren't well-positioned for gaming. It's not because of the SoC horsepower; on paper, the M1 Max checks a lot of the boxes for gaming. The issue is compatibility, namely on PC's biggest storefront. 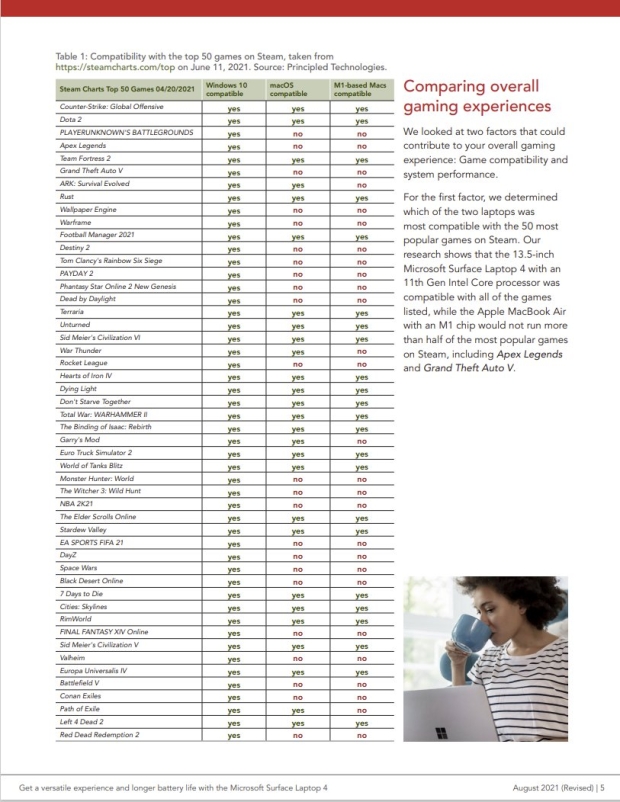 A study from Principled Tech notes that the M1 chip doesn't support 27 out of the top 50 games on Steam, including billion-dollar mega-hits like PUBG and Apex Legends.

Apple makes it clear that gaming isn't the MacBook Pro's main selling point (in fact, it's not really a selling point of any Mac) and gaming is only mentioned twice in the entire website page. This is a productivity device through-and-through. Still though it would be great to see the M1 Max's performance while gaming. 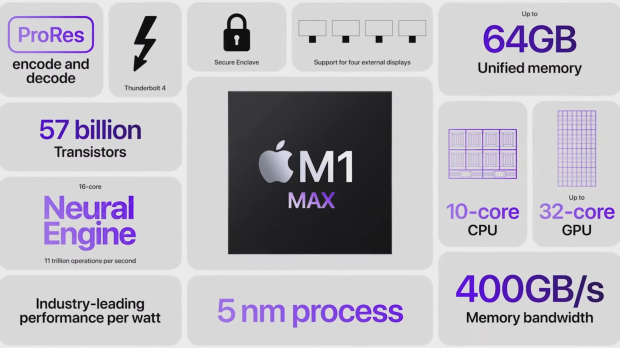