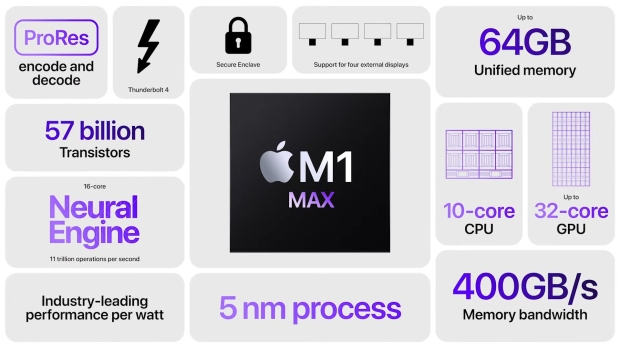 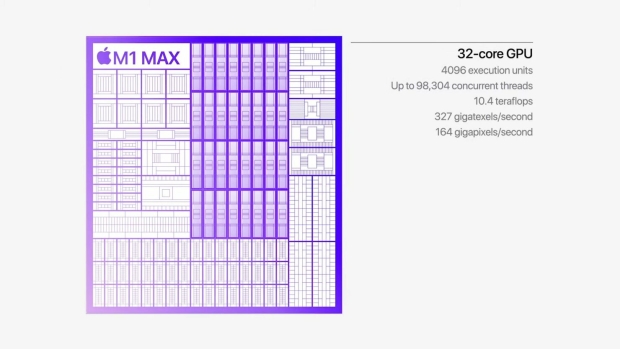 Both are made on TSMC 5nm, but the flagship M1 Max is a beast: it packs a hefty 32-core GPU with 4096 execution units, and 10.4 TFLOPs of compute performance. We have 327 gigatexels/sec and 164 gigapixels/sec with the M1 Max SoC.

Apple's new flagship M1 Max SoC has 57 billion transistors, a 10-core CPU, up to 32-core GPU, 400GB/sec of memory bandwidth -- and up to 64GB of RAM at that -- support for not 1, or 2, but 4 external displays, industry-leading performance-per-watt, Thunderbolt 4 connectivity, and TSMC's fresh new 5nm process node. 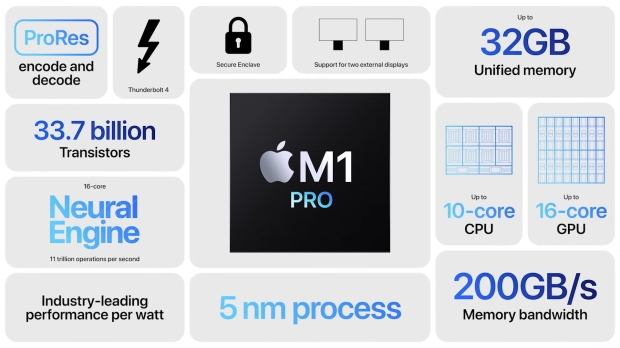 The slightly lower-end M1 Pro SoC has 33.7 billion transistors, up to a 10-core CPU, up to 16-core GPU, 200GB/sec of memory bandwidth -- and up to 32GB of RAM -- support for 2 external displays, the same industry-leading performance-per-watt, Thunderbolt 4 connectivity, and the same 5nm process node from TSMC. 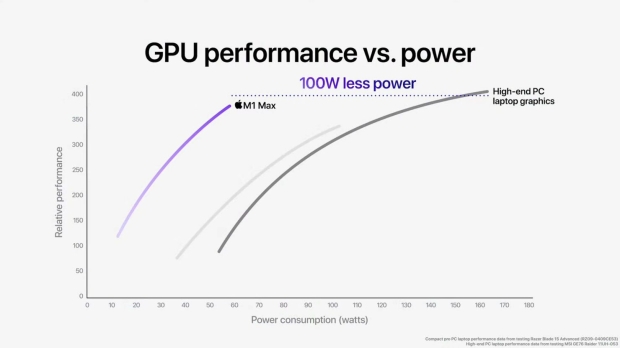 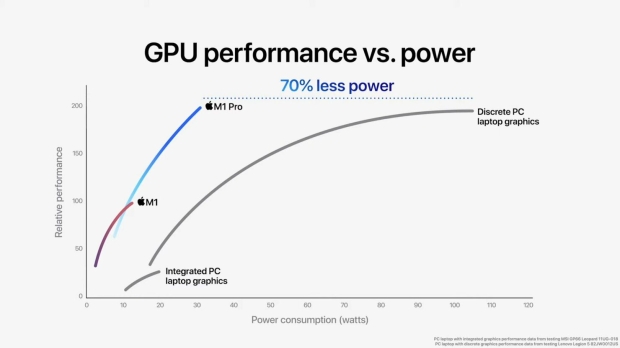 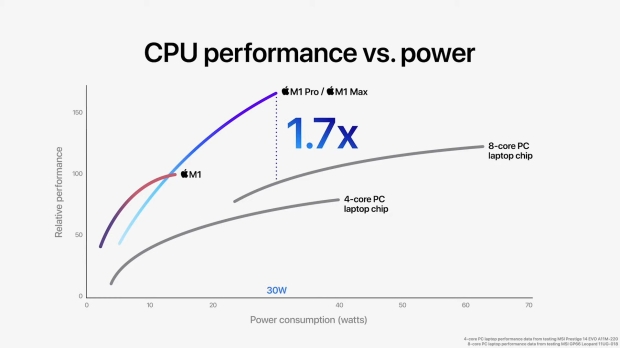 Not only that, but the new M1 Max and M1 Pro is faster than an 8-core laptop CPU and uses just 30W in comparison... a regular 4-core x86 processor uses around 40W, while an 8-core processor would use around 60W of power. Impressive stuff here so far, Apple. 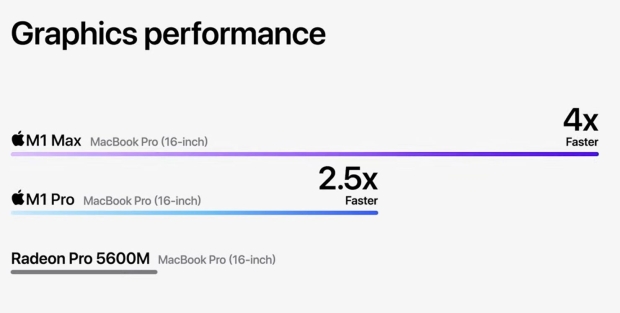 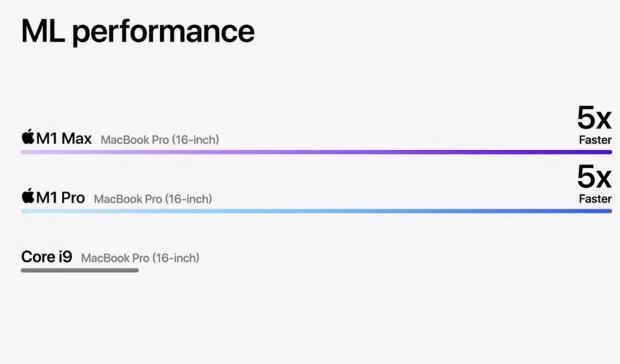 Apple will be rolling out its next-gen 2021 MacBook Pro laptops over the coming weeks and months. 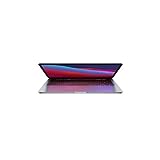