NASA has explained via a press release that a new study is exploring how possible it is to build a Wi-Fi network on the lunar surface. 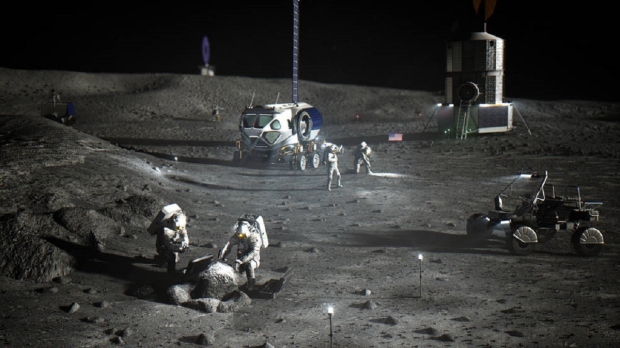 NASA's Compass Lab conducted the study, and researchers behind it compared the inadequate internet access in some areas in Cleveland to the lunar surface in an effort to solve two problems; giving those people in areas without a connection a sustained connection and the construction of a Wi-Fi network on the Moon. According to the National Digital Alliance, around 31% of Cleveland households aren't connected to the internet.

The researchers behind the study compared the lunar surface area with an area around Cleveland to discover technical challenges within the local area. The study found that if Wi-Fi routers were attached to around 20,000 lampposts or other poles around Cleveland, all residents in the local area would have an available connection at any given time. With routers placed no more than 100 yards apart, the researchers estimated that a family of four would be able to get a 7.5 megabits per second download speed.

Steve Oleson, Compass Lab lead at NASA Glenn, spoke to Insider and said, "Such service would allow users basic access to the internet to do schoolwork, bank, and shop, and access information on the internet. It would not be sufficient for streaming 4K video or gaming."

The results from this study are being shared with NASA and will go towards assisting the Artemis program that plans on landing humans back on the Moon in 2024.

Oleson said, "We are also sharing them with the NASA technologists who need to adapt Wi-Fi equipment to the extremes of the lunar environment including dust and extreme temperatures."