The Court of Owls is among the most macabre and fearsome enemies the Bat Family has ever faced. Run by a cabal of Gotham super-elite, the mask-wearing archvillains use their influence to rule the city from the shadows. The Court of Owls is centuries-old and their terrible whims are carried out by a force of assassins called Talons.

The new Gotham Knights game from WB Montreal will shed light on this mysterious group, borrowing source material directly from comics while telling their own unique story. Most of the footage is snippets of cinematic sequences to set a grim tone but we do get some clues on gameplay, like the hulking mace-and-shield toting Talon that's most assuredly a boss-type of enemy.

"When I went out to see what they were doing I was just blown away. It took a lot of what we did with the Court of Owls but took it beyond the borders that we had had," said Scott Synder, writer and co-creator of the Court of Owls comics. 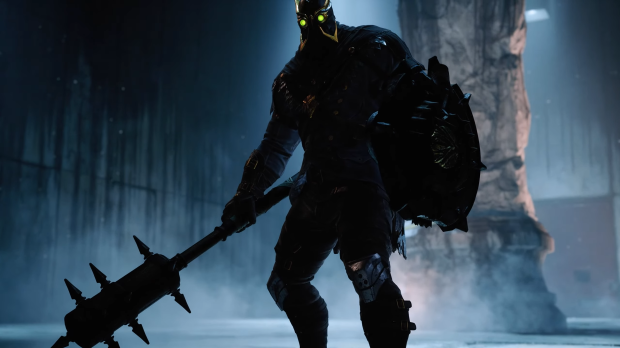 Like any faction in an RPG, the Talons have different class levels with varying attributes, resistances, strengths, etc. Gamers will have to mix and match skills and gear to take down the fearsome horde of assassins.

"There are different varieties of Talons in Gotham Knights, and as the players begin to understand through gameplay the unique strengths and vulnerabilities of the Talon, it will affect how they equip themselves and how they unlock new abilities. We're presenting you with a problem and presenting you with a range of solutions, and players will have the opportunity to maximize that according to their own style," said Gotham Knights creative director Patrick Redding.

Gotham Knights is set to release sometime in 2022 for current- and next-generation consoles and PC.