William Shatner, along with the three other crew members, have safely made it back to the surface of Earth with Jeff Bezos' Blue Origin.

William Shatner, who played the iconic role of Captain Kirk in Star Trek, was joined by three other private citizens, Dr. Chris Boshuizen, Glen de Vries, and Audrey Powers, on Blue Origin's second successful human spaceflight aboard its New Shepard rocket. After stepping foot back on Earth, Shatner was completely lost for words as he attempted to describe his experience.

Captain Kirk tried to explain that what he experienced and said he was completely moved by it as it made him realize the fragility of Earth. It seems that what Shatner experienced was the Overview Effect that so many astronauts describe, which is a cognitive shift in awareness that happens when viewing Earth from outside of the atmosphere. To listen to what Shatner had to say, check out the above video and skip to 2:47:23.

Read more: There is one thing that William Shatner doesn't want to see in space 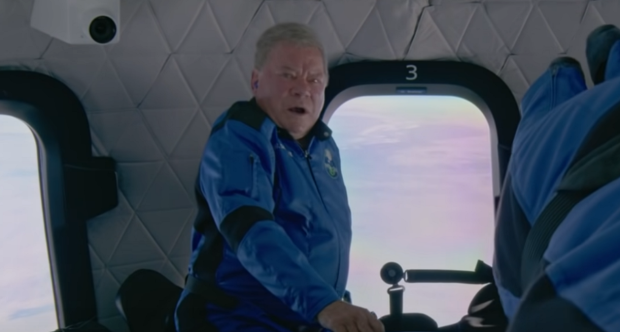