Last week it was announced that Star Trek's Captain Kirk, played by actor William Shatner will be going to suborbital space with Blue Origin.

The announcement from Shatner and Blue Origin came after the bombshell news that Blue Origin employees reported the work environment at Blue Origin was "toxic" and uncomfortable for women. Shatner will be joined by Blue Origin vice president of mission and flight operations Audrey Powers, but unfortunately, the launch has now been officially delayed due to bad weather.

The launch was scheduled for October 12, but according to Blue Origin representatives, the launch will be pushed back by 24 hours due to unfavorable winds. When Blue Origin launches Shatner and the other crew members into suborbital space aboard the New Shepard vehicle, Shatner will hold the crown for the oldest person to ever go into suborbital space. The new launch date has been scheduled for 9:30 a.m. EDT (1330 GMT) on Wednesday. 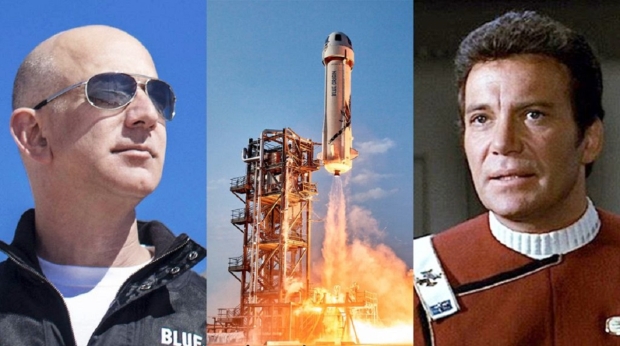