If you happened to miss the news, William Shatner would be taking Blue Origin's New Shepard rocket to space very soon. 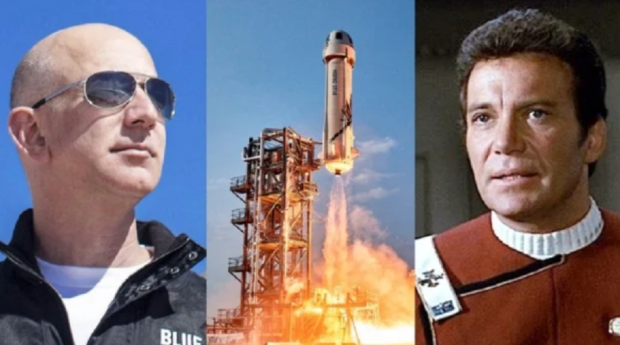 Shatner recently announced the news via Twitter, saying that he will be joining Blue Origin vice president of mission and flight operations and actor Audrey Powers on the mission. Originally, the launch for the mission was scheduled for October 12, but due to the bad weather conditions, Blue Origin announced the launch had to be pushed back by 24 hours.

In a video released by Blue Origin, Shatner said that he is very excited about the launch and that he plans to be looking out the window with his nose pressed up against it. In the same video, Shatner said that there is one thing he doesn't want to see, and that is gremlin looking back at him, which is a reference to the iconic 1963 episode of "The Twilight Zone" called "Nightmare at 20,000 Feet." During that episode, Shatner played a character on a flight to space that spots a gremlin on the wing of the plane.

Here's what Shatner said, "I plan to be looking out the window with my nose pressed against window."

And, "The only thing I don't want to see is a little gremlin looking back at me".