Mark Zuckerberg and Andrew Bosworth sure know how to make a VR fan jealous. The company founder and Facebook Reality Labs leader both posted images of themselves playing with prototype Oculus VR headsets. That enthusiast in me is crying a little bit today. 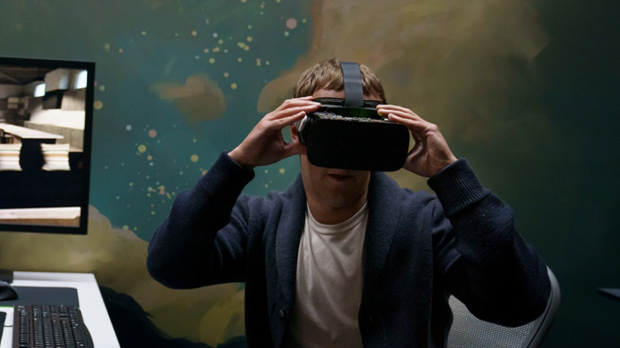 Zuckerberg announced on his Facebook profile that he spent that day with the Facebook Reality Labs research team testing out next-generation hardware. The picture that he shared is of himself trying a prototype headset with "retina resolution." It's hard to tell from the image, but it looks like this is in a standalone headset like the Oculus Quest. This could be the Quest prototype with 2784 x 3000 per eye OLED microdisplays that Brad Lynch uncovered in a recent kernel analysis.

Bosworth shared two images. One of a futuristic headset that looks more compact than anything Oculus has ever produced before. The visor resembles a pair of ski goggles, and it seems an awful lot like the leaked images of HTC's new Vive Flow. Amusingly, Alvin Graylin, the President of HTC Vive China, offered to trade one of his company's new "production quality devices" for the prototype. You can probably guess what Boz said.

Boz later posted yet another image of a prototype VR device with the caption "So. Many. Prototypes." Maybe we'll see more of them before the day is done. We'll surely learn more about the tech inside these at Facebook Connect on October 28.