Magic Leap's CEO, Peggy Johnson, announced on her LinkedIn account that she would be a guest on CNBC's PowerLunch today. Along with the post, she shared a screenshot of the company's next-gen AR headset, Magic Leap 2. 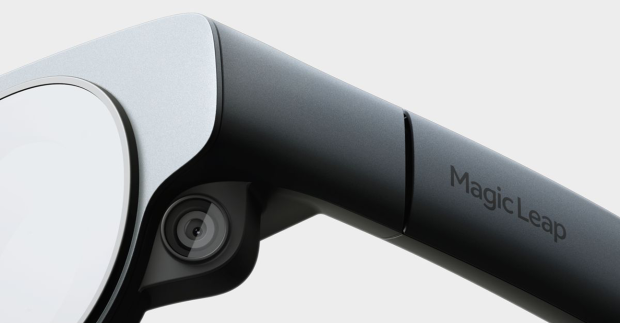 Magic Leap has not shared details about its next headset. The company has said that it will be an enterprise-focused device and plans to launch an early-access program in Q4 2021. The company also said the new headset would be smaller, lighter, faster, and cheaper. Now that we're well into October, we expect that details about Magic Leap 2 to come soon.

In the meantime, we can learn a bit of Magic Leap's new design language from the screenshot that Johnson shared today. The new headset appears to be a much sleeker device than the original Magic Leap headset. The first one had a bizarre shape that was sort of bulbous and goofy looking. The new design is much more modern, with sharp edges and sleek features.

Magic Leap 2 also appears to be a much smaller device than the previous model. The new design is much more akin to a traditional pair of glasses than the old version.

In her post, Johnson said she would "share a glimpse of what lies ahead for AR and our organization." CNBC has not yet published a replay of Johnson's appearance, but we're anxious to learn more about the new Magic Leap headset.