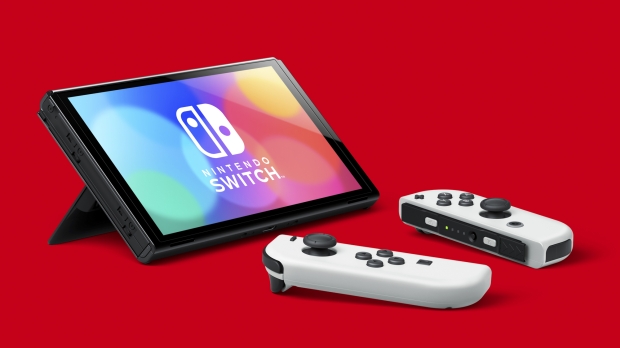 The Switch OLED model was believed to use exactly the same internal specs and peripherals as the 2017, 2019, and Switch Lite models. Now Nintendo clarifies that this isn't exactly true: The Switch OLED actually has better JoyCons than an older 2017 launch Switch.

The news comes from a Q&A with Nintendo executives who say (in vague terms) that improvements have been made to the JoyCons, and newer Switch systems actually come packed with these new analog sticks. JoyCon drift is a big problem with all varieties of the Switch however it seems this has been addressed to some degree by Nintendo engineers.

According to technology division director Ko Shiota, the Switch OLED has JoyCons that are more resistant to wear and tear than the original Switch models.

"...The analog-stick parts have continuously been improved since launch, and we are still working on improvements,"Shiota said.

"As we have always been trying to improve it as well, we have investigated the Joy-Con controllers used by the customers and repeatedly improved the wear resistance and durability."

Shiota also confirms it's not just the Switch OLED that uses these new JoyCons. Existing models, including the 2019 revision and the Switch Lite, also come with these upgraded sticks as long as they were manufactured after the improvements were established. Of course there's really no way of knowing when Nintendo made these improvements so it's hard to figure out if your system has better JoyCons or not.

"When the effects of our improvements were confirmed, we promptly incorporated them into the Joy-Con controllers that are included with the console, Nintendo Switch Lite, and the ones sold individually, that were manufactured at that time.

"This involves the internal components of the Joy-Con, so you can't tell the improvements from the outside, but we use the new versions of the parts when we repair them. Also, similar continual improvements have been made for the Nintendo Switch Pro Controller as well."

"The analog sticks in the Joy-Con controllers included with Nintendo Switch - OLED Model are the latest version with all the improvements."