Varjo is building mixed reality tools that can bring physical objects into view in virtual experiences through its flagship XR-3 headset. The blending of reality with the virtual unlocks new possibilities for training and entertainment.

The next Varjo Lab Tools update will give developers the ability to map 3D vertices to physical objects to create a passthrough mask for the lidar cameras on the headset. The company's Varjo Marker tool enables you to anchor the traced mask to the object's physical shape, which allows you to move it around and have the passthrough camera track the changes.

To demonstrate the ability of the real-time masking feature, Varjo recorded gameplay of a racing game where the Logitech racing wheel was mapped and visible to the player. This feature can be handy for training scenarios, where a custom peripheral is part of the experience. It's much easier to put your hands-on the right button or knob when you can see the thing you need to touch. Varjo's headset also features hand tracking, which means you can also bring your hands into the mix.

Varjo didn't say when the new feature would be available, but the company said it would be part of the next update to Varjo Base. When that's coming is unclear. 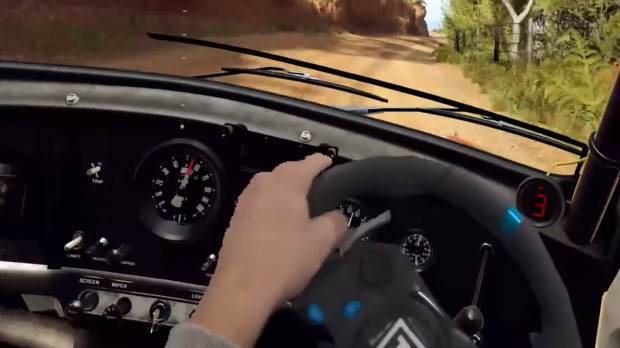