The new Nintendo Switch OLED model doesn't have any CPU, GPU, or RAM upgrades, but it does have a dock that's capable of receiving firmware updates. 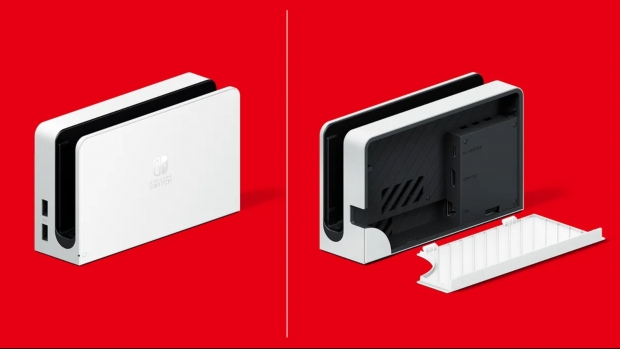 "Only the dock with a LAN port - model no. HEG-007 - can be updated. This is the dock included with Nintendo Switch - OLED model."

No one knows exactly what's inside the dock but it presumably has the same Megachips STDP2550 Mobility DisplayPort (MyDP) to HDMI Converter, a special converter chip that facilitates dock video output via DisplayPort Alternate mode over USB Type-C. 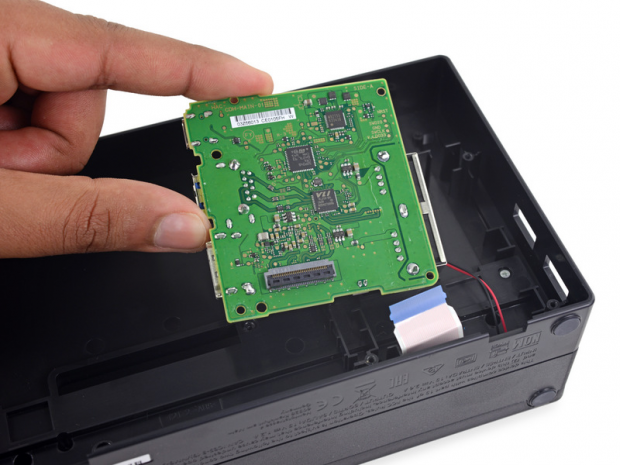 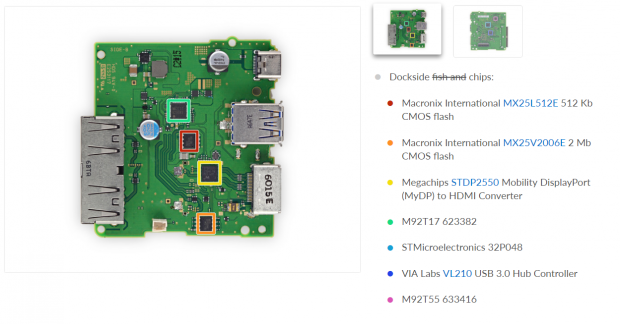 DP Alternate Mode allows USB-C cords to transmit USB 3.1 data, power, and A/V signals through one cord. When you dock your Switch, the video signal is sent through the USB-C connector via the DP over USB-C (Mobility DisplayPort) protocol. The STDP2550 then converts that video signal into HDMI 1.4 video out signal which is transmitted through the HDMI cord and to a HDTV. The dock is basically an adapter that lets you play Switch games on a screen.

Still though, the full exact reasoning for dock firmware updates is unknown.

Gamers speculate the system may have a new internal chip that future proofs the dock to support a beefed-up Switch 4K or Switch Pro model. This concept of Nintendo upgrading the console's dock was also something we predicted in 2020. There's belief that the firmware updates will switch on and activate latent dock hardware features over time to enable higher performance, but this seems like a stretch.

It's likely the Switch OLED dock is a test case for a new upgraded next-gen Switch...however it would be interesting to see the dock become forward-compatible with the new hardware. It would be beneficial to Nintendo to create an iterative family of Switch hardware with interoperable accessories like JoyCons and hardware docks.

Also remember that the Megachips STDP2550 chip is limited to just 1080p output. Nintendo would have to upgrade the chip to the MCDP2900 which allows HDMI 2.0 for 4K 60FPS output.

And maybe, just maybe, Nintendo will use the OLED dock's dedicated LAN port to better connect systems to cloud servers and beam over PC-level performance upgrades via powerful servers, not unlike how NVIDIA beams high-end RTX performance via GeForce Now. At the very least, the Switch OLED dock could theoretically connect to these servers to make use of NVIDIA's AI-upscaling technology. 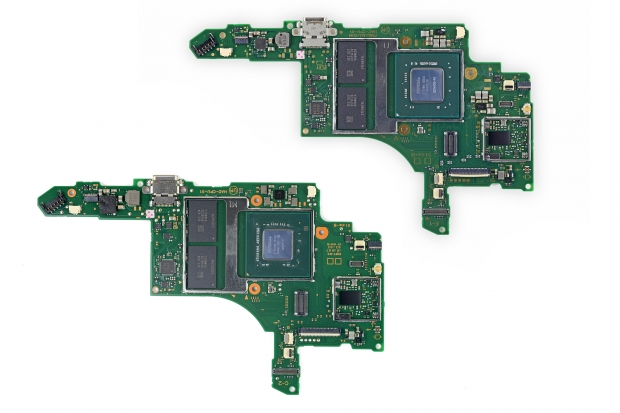 Remember the Switch uses custom Tegra X1 and X1+ SoCs, the same chips that are used in its Shield TV set top boxes that were made specifically for cloud streaming over GeForce Now. AI-based upscaling has been possible on the Shield TV for a while now.

This is a concept we outlined back in 2016 when Nintendo published its Supplemental Computing Device (SCD) patents, which called for a special LAN adapter box with a dedicated CPU that would facilitate higher-end horsepower through the cloud.

This could be the early frameworks to bring DLSS and RTX-powered effects to mainstream mobile devices including Switch consoles, whose chips are powered by ARM Cortex A57 CPUs.

The current belief is that the new DLSS-powered Switch 4K would run on an NVIDIA Tegra Orin-based 8nm SoC, possibly the T234 chip, but those are due out sometime in 2022.

Check below for a huge catalog of NVIDIA's Tegra SoCs: 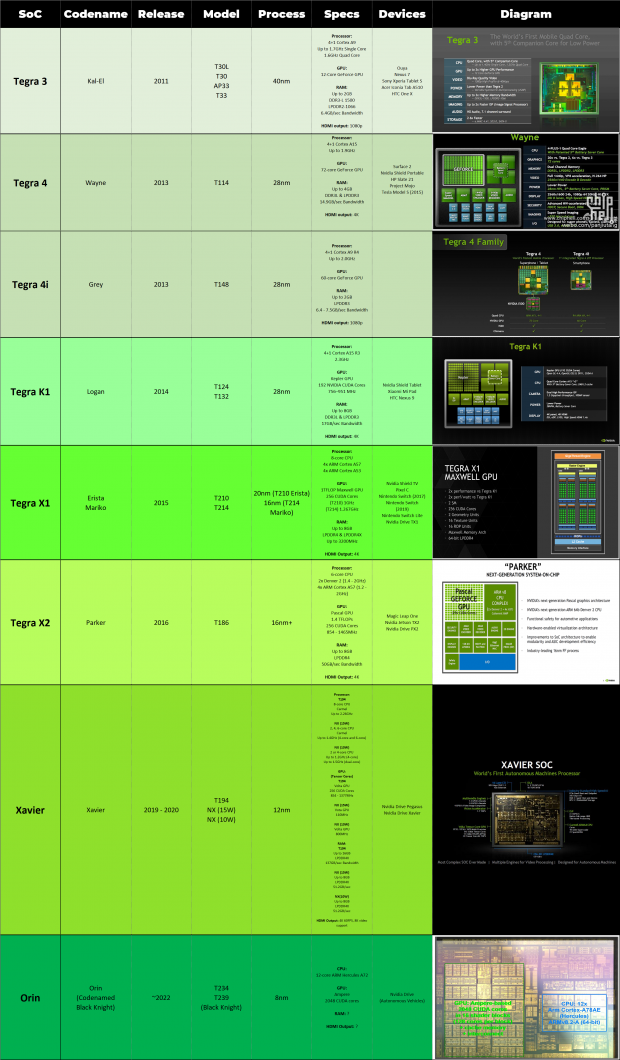