Gamers seem surprised that EA isn't involved with the new Knights of the Old Republic Remake, but why would they be? 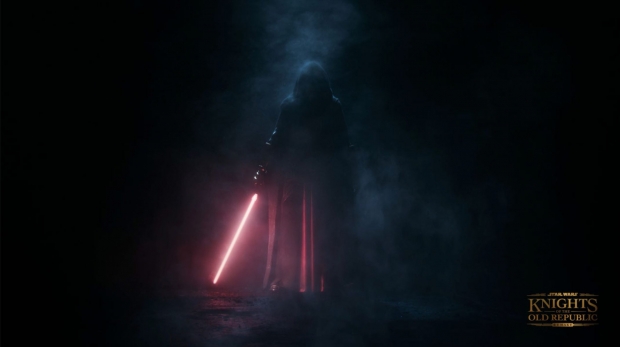 On the heels of lots or rumors and reports, the new Knights of the Old Republic Remake was officially announced a few days ago. Sony Interactive Entertainment is producing the game--a contract that has allowed PlayStation 5 timed exclusivity--with Aspyr Media developing the project. Also remember that Aspyr is owned by Embracer Group, and of course KOTOR is owned by Lucasfilm Games (then known as LucasArts).

Fans speculation whether or not BioWare or EA are involved in the project. As revealed by a dodgy non-answer from the publisher, neither EA nor BioWare are attached to the KOTOR Remake (the reality is BioWare is super busy with Dragon Age 4 and Mass Effect 5). EA's exclusivity license with Star Wars has expired (Ubisoft, for example, is making their own action-adventure Star Wars game), but EA is actually developing new Star Wars projects. Also remember that KOTOR was released in 2003, and it's impossible that Luasfilm, one of the most over-protective entertainment companies on the planet, would let EA or BioWare have IP rights to a Star Wars property.

That doesn't mean old KOTOR devs won't return. BioWare veterans are said to be helping with the KOTOR Remake. Old-school KOTOR developers like Casey Hudson, James Ohlen, and Drew Karpyshyn have all left BioWare; Hudson now leads Humanoid Studios, and James Ohlen is working on a new IP for Wizards of the Coast.

"Remaking a beloved game like KOTOR is a big task, and it requires a talented team that understands the original game at a deep level, as well as how to approach rebuilding that content," says Treadwell.

"We've assembled a prolific group of some of gaming's top RPG developers, including those with direct experience working on Star Wars games and video game remakes. Many of us previously worked at BioWare, with credits going back to the original KOTOR. To further bolster that, we've added some amazing developers from games like Demon's Souls Remake and Ghost of Tsushima. And our narrative team is fantastic, with years of storytelling experience across Star Wars games and comics.

"We also have Jason Minor and Brad Prince on the team, whose experience with the world, characters, and creatures of this universe is invaluable. And I'm excited to partner once again with Matt Berner, our lead gameplay designer. We worked together on Dragon Age: Inquisition, and we immediately fell back into our old rhythm."